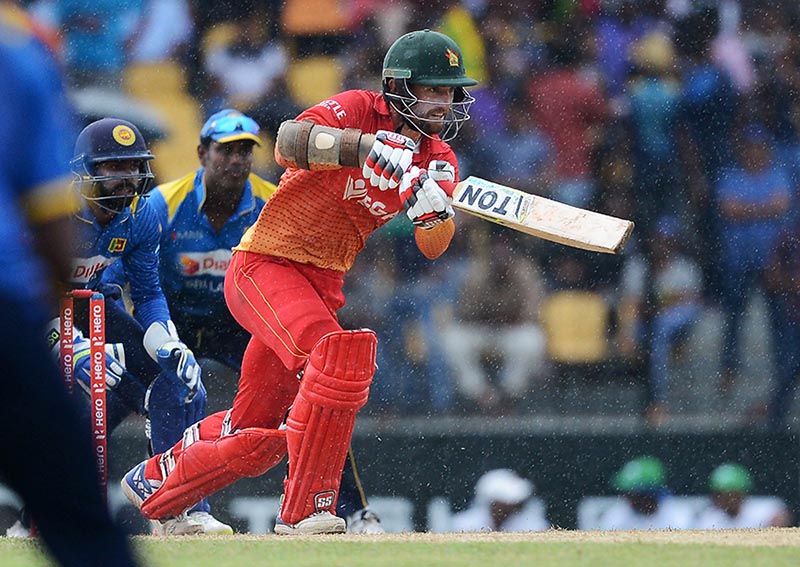 STEVE Rhodes, the Bangladesh coach, expects the newcomers to make the most of their chances against Zimbabwe in the absence of Shakib Al Hasan and Tamim Iqbal.

Zimbabwe were recently beaten 3-0 in ODIs and 2-0 in Twenty20 Internationals by South Africa, while Bangladesh made the final of the Asia Cup 2018, where they lost to India only off the last ball.

That should make Bangladesh – placed much higher than their opponents in the MRF Tyres ICC Men’s ODI Team Rankings too – the favourites, but Rhodes is cautious.

“Zimbabwe got a beating in South Africa. No team likes that. I expect a wounded animal. They will be fighting for their (pride) and I expect tough opposition,” said Rhodes.

“They may turn it on against us after the kickback from South Africa. We are very guarded but we are also very determined to try and play our best cricket.”

Part of Rhodes’ worry stems from the fact that Shakib Al Hasan and Tamim Iqbal, two of the team’s premier players, are out with injuries, though that also provides an opportunity for youngsters to make a mark.

“We know we are two players light. Our process will be to make sure that we do our duty well. We don’t have to worry about the opposition. I see it as a real positive. It is opportunities for other people,” said Rhodes.

“If those guys grab their chance, it would show we have depth in our squad. If there is competition for places, people will always try to perform at their best. It is a healthy thing. We want depth.”

Shakib fills more than one slot as a superb all-round player, but Rhodes feels that there is enough in the ranks to make up for at least Shakib the bowler.

“Apu (Nazmul Islam) is a quality spin bowler and he has shown that in the shortest format and we know that he can do well in the ODI format. If Apu plays, we have two quality spinners. Riyad (Mahmudullah) is a far better bowler than people think. Fazle (Mahmud), if he plays, can also bowl some overs,” pointed out Rhodes.

“Shakib is an unbelievably talented spinner, batsman, fielder and tactician and he can’t be replaced. We have to make up in other areas in the team. There will be a bit more responsibility on Mehidy (Hasan).”

One of the other senior players with a niggle is captain Mashrafe Mortaza, and Mohammad Saifuddin has been called up in case Mortaza can’t make it.

“We think Saifuddin is a very good all-rounder. He has the ability to perform at the highest level. He has had a taste of international cricket. He has gone away and came back into the team. We expect him to be more mature,” said Rhodes.

“Mashrafe has had his injuries. He picked up an injury recently. We need to think about keeping someone ready as his replacement. We want to give Saifuddin some cricket so that he can be prepared. I like his approach and attitude and he looks stronger.”