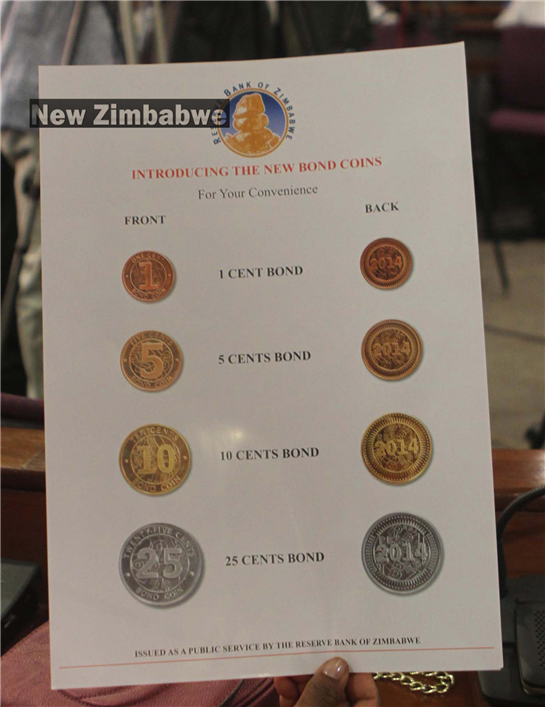 THE country’s new “bond coins” are trickling onto the market — but locals are still suspicious that they represent a stealthy return to the old Zimbabwe dollar.
Tills in Harare’s central Avondale supermarket were dispensing bond coins at the weekend, although a day earlier they were not available in a supermarket in Sam Nujoma Street, also in the centre of the Zimbabwean capital, where shoppers were still being offered lollipops or credit notes as change.
Customers were seen eagerly examining the new coins in Avondale.
“Yes, these are the new ones,” a cashier at Bon Marche explained. Shoppers in the eastern city of Mutare also reported seeing bond coins on Monday.
The coins — in denominations of one, five, 10 and 25 cents — were released on December 18. They are minted in South Africa.
President Robert Mugabe’s government has been at pains to insist that these are merely to plug a small change gap which is driving up prices. Zimbabwe’s local dollar was dropped in 2009 after years of hyper-inflation rendered it worthless.
Central bank chief John Mangudya has assured Zimbabweans he too “fears” the return of the local currency and has no intention of bringing it back now.
But a growing cash crisis is making some Zimbabweans fearful.
The authorities announced on Sunday that they would not be able to pay teachers’ and nurses’ annual bonuses before Christmas, even though Finance Minister Patrick Chinamasa had earlier promised the eagerly awaited payments would be made this month.
The Zimbabwe Teachers’ Union claims this is the first time since independence in 1980 that teachers have not had their bonuses paid before the festive season.
The central bank says it will not release more than $50m worth of bond coins onto the market in the next three years.Advertisement