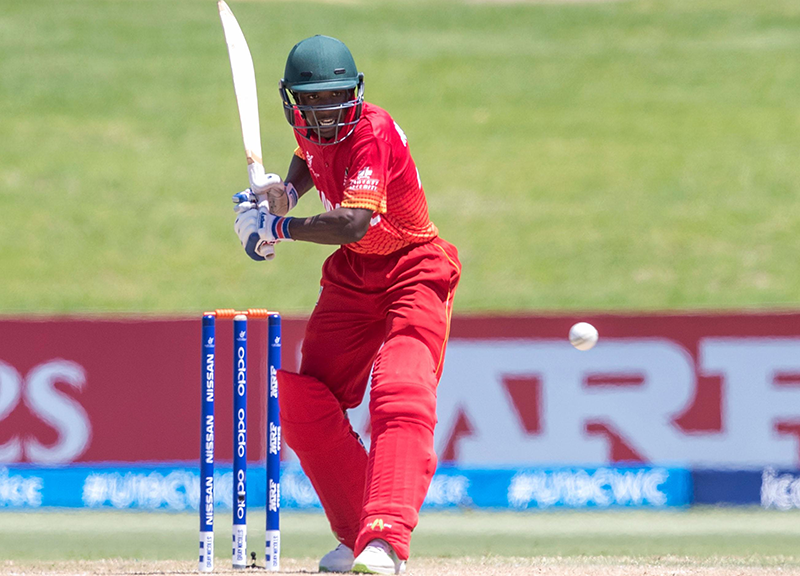 Wessly Madhevere is eager to establish himself as Zimbabwe’s No. 3 in ODIs after making the most of an unexpected opportunity in the opening match against Australia in Townsville.

Madhevere only found out shortly before the game started that he was in the team when Sean Williams was ruled out having taken a blow on the elbow at training on Saturday. An indication of how late the change was made came from the hasty scribbles on the team sheet.

“To be honest I didn’t know I was going to play,” Madhevere said. “Was told [on Saturday] I wasn’t going to play but found out that Sean wasn’t doing too well with the elbow and that’s when the coach told me that I was playing.

“I normally get nervous the day before, especially when I know I’ll be playing, but today I was kind of relaxed.”

Madhevere went on to make his fourth ODI fifty and a new career-best of 72 to give Zimbabwe a platform from where they could have accelerated at the death, but after he gave a return catch to Adam Zampa‘s final delivery they lost 6 for 15 to be bowled out for 200 with 15 balls unused.

However, Madhevere wants to take on the No. 3 role in a more permanent capacity having made 5 and 2 in the position on the previous occasions he had batted there, in the recent series against India.

“I see myself batting there, it’s one of the crucial positions when you want to be exposed to the pressure, so that’s one of the key areas and I quite like that challenge,” he said. “It also helps me grow as a cricketer if I get exposed to it right now, then it will be easier for me in the future.”

Madhevere, who made his debut in early 2020, began his ODI career with a solid run of scores, making his first three half-centuries in the space of eight innings against Bangladesh and Pakistan, but after that he had only reached 20 once in 13 innings before facing Australia.

He built steadily against seam and spin, reaching his fifty from 67 balls, and said he found the Townsville surface similar to those he had played on while at school in South Africa.

“I quite enjoyed it,” he said. “Got exposed to those kind of conditions while I was at school so I knew what was happening.”

Madhevere added that he felt 250-260 would have been a competitive total and Zimbabwe are hopeful that spin will be become more of a factor in the remaining two games. Sikandar Raza caused a few problems with his offspin while legspinner Ryan Burl collected three wickets as the Australians played aggressively against him.