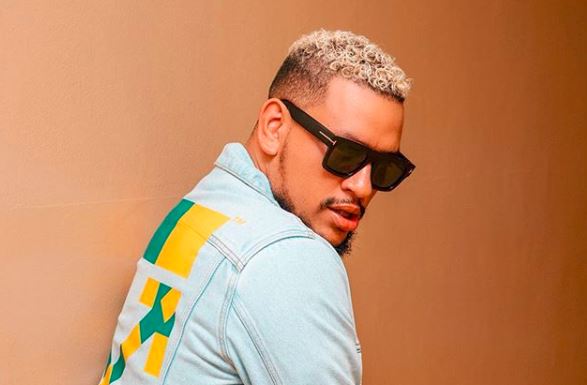 Rapper AKA
Spread This News

RAPPER AKA hosted a young Q&A on the TL on Monday night where fans got a chance to find out some fun facts about his greatest hits and other titbits.

The megacy went down memory lane on Twitter and gave special mention to some of AKA’s hit songs where they felt he was a beast with his pen game.

Obvs flattered by the whole thing, the engagement on AKA’s TL turned into a mini Q&A and as fans asked questions like what inspired some of the rapper’s songs, one tweep asked AKA why he hasn’t worked with Emtee yet.

AKA said while he loves the Roll Up hitmaker, he felt Emtee was a “complex” character and just getting one project done with the rapper would take quite a bit of time.

“I love Emtee. But he’s such a deep and complex character. For us to do a project we would have to like, live in the same house or something for like a month to really grasp the concept,” AKA explained with a laughing emoji.

I love Emtee. But he’s such a deep and complex character. For us to do a project we would have to like, live in the same house or something for like a month to really grasp the concept 🤣 https://t.co/8Yi7vnsXXQ

The rapper also reminded his fans  he already did a collaboration album with Anatii and that if he had to do another one, he figures one with Yanga Chief or Sjava would slap differently.

Well … firstly myself and Yanga at least owe you guys a young 8 track Ep. After that … probably SJAVA. That shit would slap. https://t.co/p2oPvx1kfQ

While AKA’s life often hogs headlines for everything but music (think twars and his love life), the rapper has still managed to impress the megacy with music projects he’s put out.

His latest project, Bhovamania EP, got a whooping yes from his fan base.

The rapper, who’s obvs got the hang of what it takes to keep his fans happy, took fans by surprise last week after the surprise release of his music video for his song Finessin’

The track featured on his latest studio album Bhovamania now has a video to accompany the hit song. The rapper is also credited as an executive producer on the music video.

The video stars AKA with actors Lorraine Moropa of Lithapo and Thembinkosi Mthembu, known for his Mabutho role in The River.

The video’s visuals feature AKA’s love for cars with the star seen working in a mechanic’s workshop and tearing up the streets in a drag race.