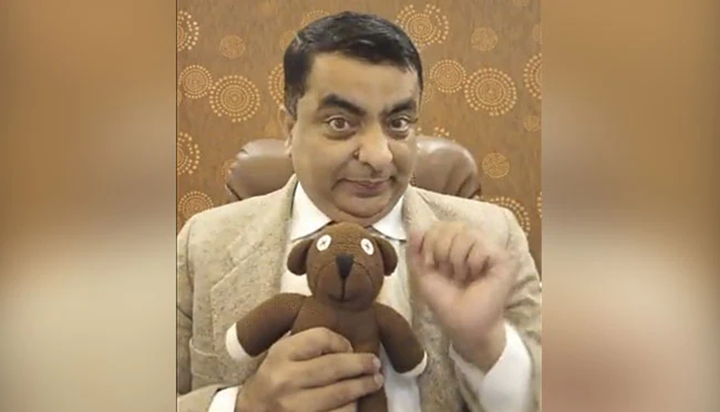 For the past few days, cricket fans from Zimbabwe and Pakistan have been engaged in a war of words over the “Mr Bean controversy”.

For those unaware, even before the T20 World Cup match had started on Thursday, certain tweets from Zimbabwe fans over sending a “Fake Mr Bean” to their country had triggered a plethora of reactions on social media. After Zimbabwe defeated Pakistan by a stunning one-run, the President of Zimbabwe also trolled Pakistan and advised the country to send the real Mr Bean next time.

Now, after much uproar, the “Fake Mr Bean” has spoken out about the incident and issued an official statement. A video going viral on Twitter showed the Pakistan Mr Bean, named Asif Muhammad, praising Zimbabwe. He mentioned his fondness for people from Zimbabwe, Pakistan and other countries. He also stated that the match between the two sides was a tough game.

Watch the video below:

Talking about how it all started, a Zimbabwe fan named Ngugi Chasura responded to the Pakistan team’s training session pictures stating, “As Zimbabweans, we wont forgive you. You once gave us that fraud Pak Bean instead of Mr. Bean Rowan ..we will settle the matter tomorrow. Just pray the rain will save you”.

In the following tweet, Chasura also shared an image of the Mr Bean doppelganger, saying, “This is….Pak Bean who imitates Mr Bean stealing people’s money”. This triggered a tug-of-war on Twitter. Even the government heads of both nations took to Twitter after the game on the same controversy.

While Zimbabwe President made a scathing attack on Pakistan in his cryptic congratulatory tweet, Pakistan Prime Minister Shehbaz Sharif responded by saying, “We may not have the real Mr Bean, but we have real cricketing spirit .. and we Pakistanis have a funny habit of bouncing back:) Mr President: Congratulations. Your team played really well today”.

Meanwhile, coming back to the match, Zimbabwe could only manage 130/8 in 20 overs. However, their bowlers restricted Pakistan to 129/8 for a memorable win in the Super 12 match at the Optus Stadium in Perth, Australia.