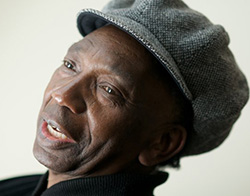 EXILED Chimurenga maestro Thomas Tafirenyika ‘Mukanya’ Mapfumo says he misses home and is negotiating with the authorities and local promoters so that he visits the country and hosts some shows this year.
Mukanya left Zimbabwe in 2001 for America after alleging political persecution by the government.
During the unity government in 2012 then Deputy Prime Minister Arthur Mutambara had identified Mukanya’s return as a plus for the rebranding of Zimbabwe.
Mutambara’s efforts were however resisted by the Zimbabwe Republic Police Commissioner General Augustine Chihuri who insisted that Mapfumo would be arrested and answer charges of buying stolen vehicles should he ever set foot on Zimbabwean soil.
In his end of 2015 message Mukanya said he was saddened by his failed efforts to return to Zimbabwe since he left the country.
“It is saddening that once again I have let the people of Zimbabwe down after making countless promises to perform in my country of birth,” said Mkanya.
He said his failure to return was caused by some “technicalities” beyond “our control” which he said were being addressed.
“We working flat out to make the Zimbabwe welcome back shows a reality,” said Mapfumo.
“We are working with some local promoters who are eager to have us perform in Zimbabwe in 2016 and we will be announcing the dates once everything has been finalised.”
Mapfumo, who held a number of shows in South Africa and Mozambique last year, paid tribute the governments of the two countries.
“We are grateful to the Government of Mozambique for inviting me and my group to perform at their Defence Forces Day, a befitting honour in my musical career,” he said.
“This also goes to the Provincial Government of Limpopo, South Africa for inviting us to participate at the Mapungugwe Arts Festival, were I shared the stage with old friends like Hugh Masekela and other youngsters like Joe Thomas.
“Wherever we performed this year we drew huge crowds, a testimony that our music is the music for the people and therefore we will continue producing music for the people.”Advertisement