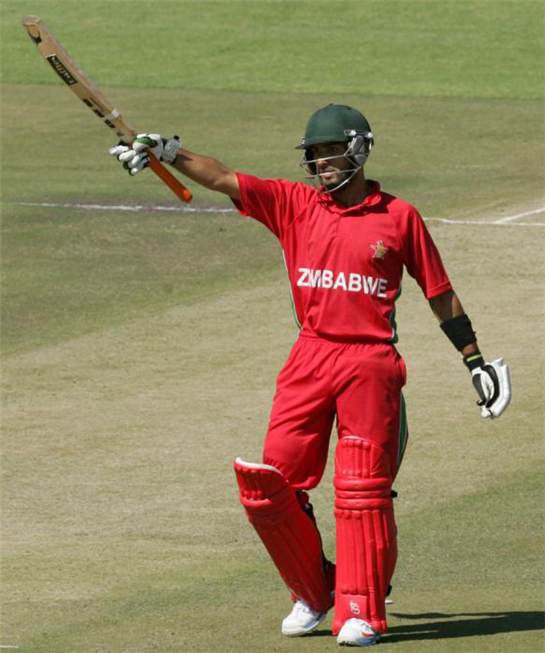 SIKANDAR Raza gives it all for his team. In the third Test against Chittagong, he scored a fifty in both innings, and despite missing out on two potential hundreds, he has no regrets. He can also get his hands dirty: In the same match, he bowled 61 overs to aid in his team’s quest for a breakthrough. In addition, Raza is prepared to sledge, and also be sledged.
Over the last month, Raza has grown steadily as an international cricketer. Throughout the Test series, he was often facing a lone battle against Bangladesh’s spinners and sledging, and even came out on top on several occasions. After a half-century in the first innings in the Dhaka Test, Raza had three quiet innings before bursting into life in Chittagong, getting off to two good starts by making 82 and 65.
Raza has looked comfortable against pace, and has been growing in confidence against spin too, after some false starts and soft dismissals. If there is anything he can take away from Zimbabwe’s dismal tour, it is that he has learned how to handle these critical moments better.
“I play every game as though it is the last game of my career so there’s always that pressure,” Raza told ESPNcricinfo.
I don’t live my life in regret
“You want to do your best and I think everybody should do the same. Being an international player is quite a lot of pressure as it is, but performance wise we must do that so that we don’t get relaxed.
“Hamilton Masakadza was the top scorer and I am telling you he is thinking the same. What matters now is how we start and finish the ODI series against Bangladesh.
“I don’t live my life in regret. It is disappointing that I didn’t convert the 82 into a century, but did I learn my lesson after missing out on a hundred? I think I did. Was I trying to do the right thing when I got out? I think I was.
“It would have been a different story had I done the same thing and got out. I would be disappointed then. I would have that regret, that ‘why didn’t you learn from that mistake?'”
In the first innings of the Chittagong Test, Raza and Masakadza added 160 runs for the second wicket.
Soon after Masakadza was trapped leg-before by Shafiul, Raza pushed at a delivery from Jubair Hossain that bounced a little more than expected, and the ball was gulped up at slip. In the second innings, he hit one down deep mid-wicket’s throat off a full-toss on 65.Advertisement

“We lost Masakadza and Taylor and these are big wickets. I tell you, Bangladesh is a different team when they are on top. At that point of time in the first innings, when I was 80-odd, I told myself maybe I need to buckle myself a little bit and have a partnership with Regis Chakabva.
“Maybe because of that defensive approach, I got out. Maybe I should have said to myself, listen whatever happens, I’ll keep batting the way I am batting and life will get easier.
“In the second innings I personally think it was a ball that deserves to be punished. I just need to be a little more precise. Having said that Shuvo [Hom] was bowling really well.
“I think it’s just that when I got out I said ‘look it’s a full toss not a good ball to get out’, but then I also thanked the Almighty that there were few good balls that could have got me out and didn’t. So I think again, there are no regrets. It happened, it happened.”
Passionate and keen to win
Sledging too has been keeping Raza busy. It first came to light in the second innings in Dhaka when Shahadat Hossain pointed towards him after hitting a six.
Already a talkative and colourful character, it was later found out that the two had been exchanging words earlier in the game. The needling continued with some of the Bangladeshi players during the series but according to Raza, it never went too far.
“It [Sledging] has been happening, maybe not of that magnitude. The bottom line is that it shows that when people are playing for their country they are passionate and they want to win.
“And regardless of what I got, I have absolutely no hard feelings. I think I might have got more than my fair share. I give it back as well, but there is a fine line that you don’t want to cross which I think I didn’t cross it, but yes it’s a give and take thing.
“It was both comical and serious. I think because they have developed a lot of feelings towards me because they like me,” Raza joked.
But going back to a serious note, Raza was confident that despite the negativity attached with a 0-3 whitewash, Zimbabwe had plenty of positives going into the ODI series. He added that the visitors had prepared methodically ahead of the Tests, but came up short against a quality spin attack.
“I think we prepared really well. We had a week that was 45 degrees, dry conditions, and we had another camp in Harare, so I think we prepared well. Even though we did, we still came up against a quality bowling attack that outdid us. You can blame us as much as you want, but the fact is Bangladesh can beat any side at home.
“I think we will give the ODIs our best shot. Having learnt so much after the 3-0, I think we can use this and play better in the ODI series. Bangladesh is looking to take their graph higher and we will be looking to take ours as well.
“Even though the first Test got finished in three days, it was close. The second session it was close even in the third Test. A 3-0 score doesn’t justify how we played, but we will love to get better results in the one-dayers.”