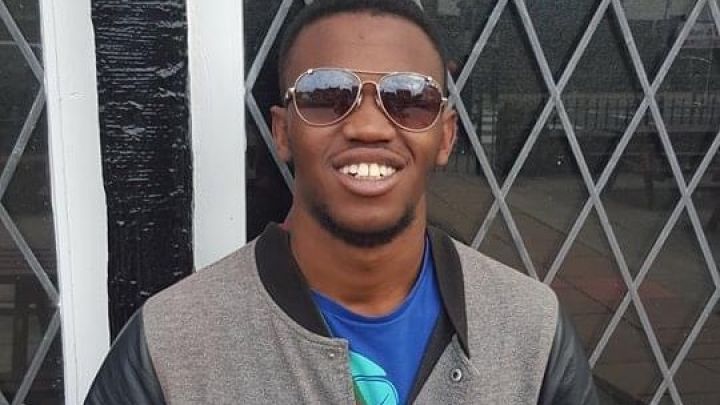 ‘I KEEP waking up thinking it’s probably a bad dream. I just want to get out of here and go home,’ Bruce Mpofu, deported for a crime he committed over a decade ago, tells The Independent.

Mpofu, 29, said he was struggling to adapt to life in Zimbabwe, a country he left aged nine.

A young man who was deported to Zimbabwe last month despite having lived in Britain since he was a child has said he does not know how he will survive in the country.

Bruce Mpofu, 29, was removed to the southern African nation, which he left aged nine, on 25 August along with six other deportees. He was returned there on the basis of a burglary offence he committed in 2010, for which he spent 11 months in jail. He committed no further crimes.

In an interview with The Independent this week, which was interrupted a number of times due to poor phone signal, the former Bradford resident, who is now living in Bulawayo with a cousin temporarily, said he was struggling to get by financially and felt unsafe and alone.

“My cousin is going back to South Africa so I can’t stay here. I feel like a burden. My biggest fear right now is what am I going to do next – where am I going to go? How am I going to survive?” he said.

“I can’t think straight at the moment. I keep waking up thinking it’s probably a bad dream. I just want to get out of here and go home.”

It comes amid growing concerns about the Home Office’s decision to restart deportations to Zimbabwe, which had been paused for years but started again in July after an agreement was struck between the two governments.

The Independent revealed last month that men who were deported on a previous charter flight to Zimbabwe, in July, are now homeless on the streets of Harare and Bulawayo and living in fear of the authorities.

Experts have said they are “greatly concerned” that the UK has taken this step given the “human rights abuses” and the “overwhelming evidence of “life-threatening” risks that many of the deportees face on return.

Hazel Cameron, expert on Zimbabwean affairs and an academic consultant to judges in asylum hearings in the UK and elsewhere, said that despite the UK government’s claims that support would be available to facilitate deportees’ reintegration in Zimbabwe, this had “not materialised”.

“Knowing the backgrounds of many of those who have been deported, people who have been absent from Zimbabwe for decades and are without a support network of in-country family or friends, current conditions in Zimbabwe dictate that the majority will find themselves destitute, homeless and facing life-threatening obstacles,” she added.

Mr Mpofu said he arrived in Zimbabwe last month with just £45 to his name: £5 that he had earned from working in Brook House, a UK removal centre, while detained there prior to his removal, and £40 that was given to him by the Home Office when he was on the flight.

“The money situation is causing me a lot of stress. I’m mainly relying on my family and friends. I’m trying to get my ID and a passport – but I need money for that,” he said.

The Home Office says it funds “re-integration support” provided by the International Organisation for Migration (IOM) for all those deported to Zimbabwe – but Mr Mpofu said he had not received any help from the organisation with basic tasks such as obtaining Zimbabwean ID.

He said he felt stigmatised in the country due to his thick British accent, as well as the fact that some may know he was deported from the UK, adding: “I’m on edge. I know some people might be targeting people who have been deported and stuff. My accent makes me stand out.”

The young man, who was a keen rugby player and had hoped to become a plumber in the UK, is hoping to mount a legal challenge against the Home Office’s decision to deport him and enable him to return to the UK. A crowdfunder has been set up to raise funds for his legal fees.

He said his mental health was suffering as a result of being away from friends and family: “I’m missing people every single day. My anxiety and depression are getting to me more.

“I had people supporting me in the UK, but now I have even more stress, and it’s even harder because the people who were supporting me are no longer close to me. They’re thousands of miles away. When I try to speak to them it keeps breaking down because of the bad signal. It’s painful.”

Robert Greenwood, director of rugby at Wibsey Rugby Club, which Mr Mpofu was part of for 10 years, said his deportation had “broken his heart”, describing him as a “really good lad”.

“He was a massive part of the team. He was a good player, always has a big smile on his face. He was brave on the pitch but he never showed any sign of aggression. He’s such a pacifier,” he told The Independent.

“Off the pitch, he was brilliant. He did the raffle most weeks, he would clean the changing rooms. He helped me do up my garden earlier this year and he wouldn’t take a penny for it. If he doesn’t deserve to be part of my country, I don’t want to be part of it to be honest.”

Greenwood added: “Bruce made a mistake. What does it say about this justice system if people come out of prison rehabilitated, then we deport them 10 years later? What’s the point of it?”

Charities and unions, including the TUC, have called for deportation flights to be halted, describing the system as a “cruel double punishment” that “tears people away from their homes” and places them at risk of “persecution, isolation and poverty”.

“Off the pitch, he was brilliant. He did the raffle most weeks, he would clean the changing rooms. He helped me do up my garden earlier this year and he wouldn’t take a penny for it. If he doesn’t deserve to be part of my country, I don’t want to be part of it to be honest,” Greenwood, the rugby director.

Zita Holbourne, co-founder and national chair of Black Activists Rising Against Cuts (BARAC UK), who set up the crowdfunder and is in regular contact with Mr Mpofu, said: “Those deported are pretty much on their own with no finances, isolated and unsafe.

“The number of people who know Bruce who have got involved in campaigning for his human rights is testament to the amazing young man he is. Bruce must be united with his family and friends in the UK.”

A Home Office spokesperson said: “The individuals we removed on the flight to Zimbabwe included serious foreign criminals. We make no apology for removing foreign criminals from the UK, as the British public would expect, and since January 2019 we have removed 8 441 people.

“We only ever return those with no legal right to remain here and where the courts are satisfied they don’t need our protection.”