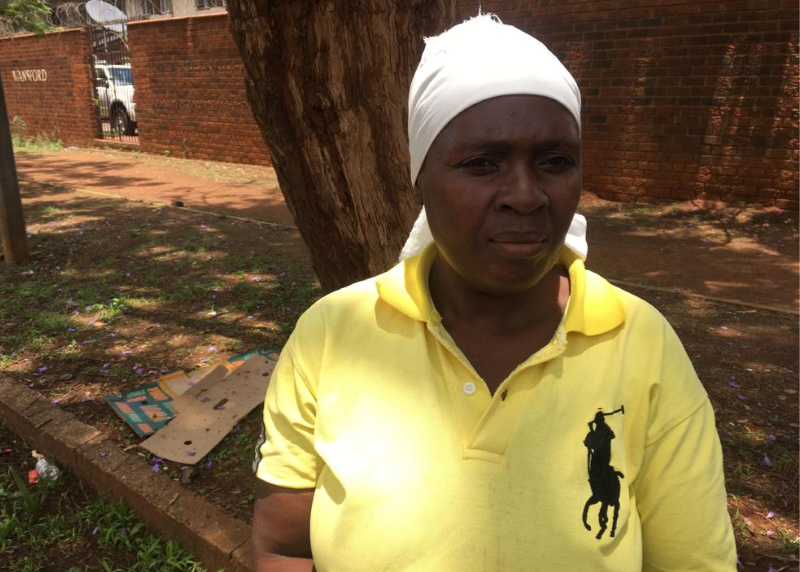 Parirenyatwa Hospital wards have been closed because of the prolonged impasse between government and the doctors.

Mercy Mutanda (43) has been accommodated in the Parirenyatwa Psychiatric Unit.

“The Parirenyatwa hospital staff has given me a room to stay at the Psychiatric Unit, but all I want now is to go home. I have been here since June,” Mutanda told NewZimbabwe.com.

“All I want now is some bus fare so that I go back to Chiredzi and die in pain.”

Mutanda said all her life has come to a standstill owing to her condition and she has lost hope of ever receiving any meaningful clinical assistance.

“I have tried all means to get $11 000 to buy the required medication from local pharmacies but still nothing has come up.

“All I need now is $150 bus fare to go back home in Chiredzi and rest,” Mutanda said tearfully.

She narrates how she found herself with the chronic ailment.

“The doctors here were supposed to operate on me but because of the strike, the whole procedure was stopped.

“The prescription costs between $11 000 and $13 000 in local pharmacies, but it has been difficult to raise that money.”

Mutanda had come to the capital city as she could not afford transport from her rural home in Chiredzi every week, but all her hopes of ever getting medical service she wished for have been dashed.

The mother of three said her husband left her as soon as she was diagnosed with the dreaded disease.

“He left the moment we came back from the hospital after the doctors announced that I was suffering from cancer,” she said resignedly.

“And he got married soon after that. I couldn’t stop him from moving on, but what pains me is I stood by him in the past, in times of need.”

Mutanda said she has tried to knock on the doors of several women organisations and other NGOs dealing with cancer but help has been elusive.