In January this year, economist Eddie Cross and biographer of President Emmerson Mnangagwa told him in a private meeting if the power generation crisis was not addressed, Zimbabwe’s economic prospects would dwindle.

For a president hard-pressed to see economic revival, later, the same day, Mnangagwa invited Cross back to his office.

This time, in the president’s office were four ministers from energy, commerce, agriculture, and finance.

The president told them what had been said by Cross and asked what was being done to deal with the power crisis.

“There was no plan. The president turned to Dr [Sidney] Gata [the Zimbabwe Electricity Supply Authority boss] and asked him, ‘Sidney, what are you going to do about it’?” said Cross at a business seminar in Harare on Thursday.

He added Gata told the president ZESA had no money to fix this problem.

That is the predicament faced by power companies in the region.

For one, South Africa’s Eskom’s debt stood at US$24 billion which in comparison was about 280% more than Zambia’s national debt which stood at US$8.4 billion, according to figures from Debt Justice.

Cross traced back the power crisis in the region to post-colonial governments and poor planning. 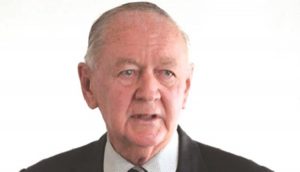 “The electrical power crisis that has enveloped southern Africa has its roots in our post-liberation history. Before that, the utilities created by the states of southern Africa exhibited considerable foresight and planning.

“This was led by the power utility of South Africa which had visionary leadership at the time and like China in the past 50 years, turned their huge coal reserves into a cheap source of electrical energy.

“They installed enough power generation capacity to feed their own markets and to supply the deficit in their neighbours,” he said.

Cross added as the private sector, they had “discovered that they can borrow money where the government can’t”.

Therefore, they were moving into that space to help the country meet its power needs.

Private sector players from Zimbabwe this year approached the government of Mozambique with an offer to build the northern bank of the Cahora Bassa Dam that would produce 1 200 megawatts of electricity.

Cross said the Mozambicans were in the process of reviewing this proposal.

Meanwhile, Zimbabwean opposition leader Nelson Chamisa of the Citizens Coalition for Change said once voted into power he would create an environment conducive to independent power producers and promote clean energy.

“We will implement sustainable energy development based on scientific and engineering studies that will continuously launch projects for solar power, energy internet, carbon capture, utilisation and storage, nuclear, energy storage, hydrogen, and total electrification of our country,” he added, saying his government would raise R5.1 billion for the upgrade of infrastructure.

With the current crisis, it is producing 500MW, forcing elongated power cuts with home use only getting an average of five hours a day of electricity, in most cases late at night or early in the morning.