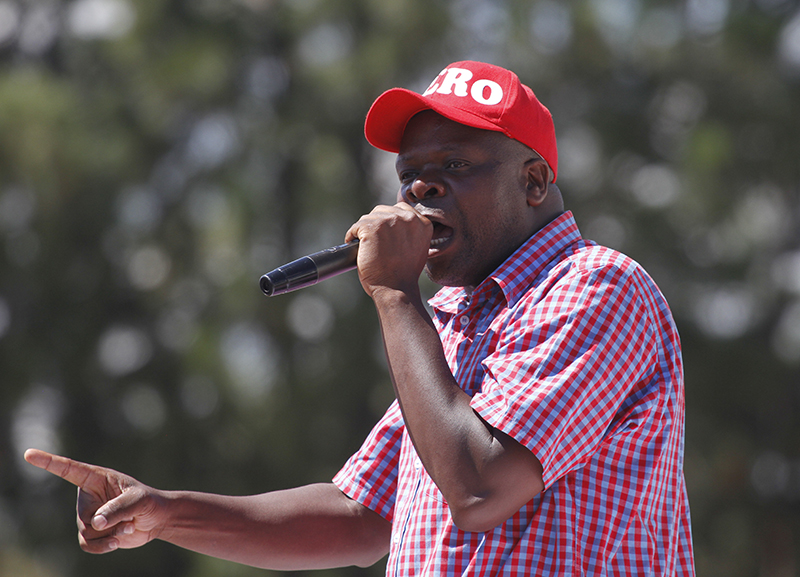 Makombe told NewZimbabwe.com in an interview that once elected as chairperson at the upcoming congress he is going to make Midlands a no go area for Zanu PF.

“Expect a total transformation of the province in all aspects. I will grow the rural vote, win more rural constituencies and above all keep growing the urban vote.

“I will make Midlands province a no go area for Zanu PF by mobilising and recruiting from all areas,” Makombe said.

“I will also unite the province and provide necessary leadership and a total win for president Chamisa come elections. Visibility is key so as to remove fear and intimidation which has been Zanu PF’s tactics.”

MDC recently merged Midlands North and South provinces ahead of the congress.

Midlands South will elect a new chairperson, treasurer and spokesperson for the main provincial executive, while the organising secretary and provincial secretary will come from Midlands North.

Shiri a veteran trade unionist said he has been in the trenches since MDC formation in 1999.

“I have been in the thick of the struggle since its inception and have never lost the compass. I have been arrested several times and abducted.

“I was severely assaulted and dumped in the bushes near Shangani in 2007, when I was the chairperson of Gweru urban district. I want to serve the party with dedication, distinction and loyalty so that the province will emerge stronger,” Shiri said.

Meanwhile, youthful Chiwundura legislator Chimina made a sudden volte face and indicated that he was now running for the post of provincial treasurer.

“I am no longer contesting for the chairman’s position. I am now contesting the post of provincial treasurer,” said Chimina.

“The chairperson position is very demanding. I will not be able to balance the constituency business and provincial party business. Either the province or the constituency will suffer from leadership deficiencies.”

“The MDC congress is on course with proceedings going on smoothly and peacefully throughout the country as the party continues to confirm its democratic credentials.

“The branch congresses have now been completed and the ward congresses in the 1 958 wards across the country taking place this weekend,” Chibaya said.

He added that the district congresses are slated for 29-31 March while the provincial congresses will take place from 7-16 April 2019, starting with Matabeleland South province.

“The process so far has gone on peacefully and without incident. Notwithstanding misleading press reports of chaos, our congress is living true to the democratic culture and character as encapsulated in chapter 4 of the MDC constitution,” the Mkoba lawmaker said.