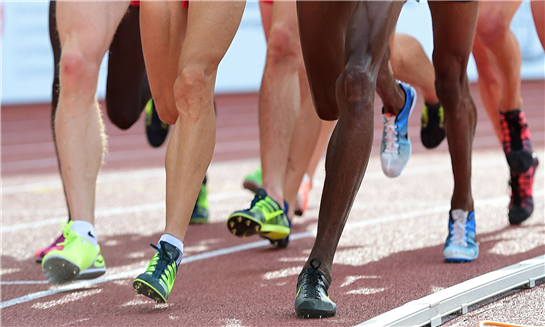 THE IAAF has been investigating alleged doping cover-ups in Kenya since last March, track and field’s world governing body said Tuesday.
Confirmation of the investigation into Kenya by the IAAF’s ethics commission came four days after Russia was suspended from international track competition for a state-sponsored doping program outlined in a report by a World Anti-Doping Agency commission.
“An IAAF staff member referred allegations of the covering up of doping in Kenya to the IAAF Ethics Commission in March of 2015,” the federation said in an email to The Associated Press.
Allegations have been made by German broadcaster ARD that Kenyan track officials were extorting money from athletes and coaches to cover up failed drug tests, or in return for lenient doping bans.
A Kenyan athletics coach recently told the AP he knew of three marathon runners who bribed officials to get more lenient punishments after failing doping tests.
The coach, Paul Simbolei, made the larger accusations to ARD of officials demanding money or a share of an athlete’s winnings in exchange for concealing doping.
Simbolei declined to name runners or officials involved, but said he expected to be formally interviewed by Kenyan police, with whom he had already spoken.
“The IAAF encourages all persons with information, especially anyone with direct evidence of these matters, to provide that information and evidence to the IAAF Ethics Commission through its website,” the IAAF said in Tuesday’s statement to AP.
Simbolei told the AP that he had received threats after speaking out, and suspected those threats were made by Kenyan track officials.
The WADA commission report pointed out that Russia was not the only country with an ineffective doping program. In an interview Tuesday at a WADA meeting in Colorado, independent commission director Dick Pound said if he were part of the Kenyan “conspiracy, I’d be very nervous right now, because it’s not going away.”
The IAAF investigation into alleged cover-ups increases the possibility that Kenya, the distance running powerhouse that tied with Jamaica for the most gold medals with seven at the world championships in August, could follow Russia and be suspended.
That could rule a string of Kenyan stars out of the Olympics in Rio de Janeiro, which are just nine months away.Advertisement

Also Tuesday, the IAAF acknowledged it had previously known about a separate Kenyan corruption investigation involving a senior track official who is a member of the world body’s governing council.
David Okeyo, a vice president of the Kenyan athletics federation, is being investigated by Kenyan police along with two other top track officials for alleged embezzlement of around $700,000 of sponsorship money meant for the national federation.
The other two are current Athletics Kenya President Isaiah Kiplagat and Joseph Kinyua, a former federation treasurer and the manager of the Kenyan team at the world championships in Beijing.
The IAAF previously said it been alerted this weekend to the corruption allegations against Okeyo, a member of the council which voted last week to suspend Russia.
On Tuesday, the IAAF told the AP that it had learned of the allegations against Okeyo earlier this year, also in March, and had informed its ethics committee then.
“We have now checked internally in the IAAF and can confirm that an IAAF Member of Staff referred the matter to the independent Ethics Commission in March of 2015,” the IAAF said in an email.
That means the IAAF knew about and was looking into the corruption allegations before Okeyo became a member of its council in August, and before Kiplagat ran as a candidate for a vice president position at the IAAF that same month.
The IAAF and its independent ethics commission will not comment further on either investigation until they are concluded, the federation said.