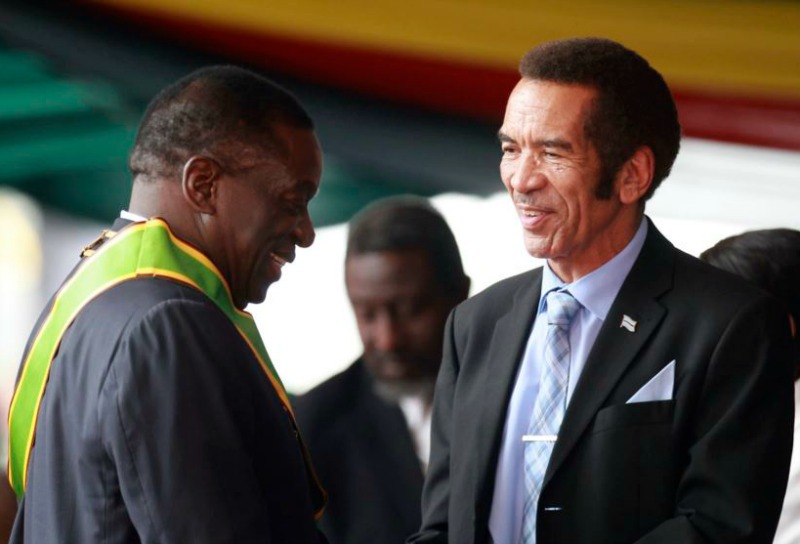 FORMER Botswana President Ian Khamba has warned the new Zimbabwean government not to entertain foreign investors who come in with their small projects which are only capable of employing few people.

He was guest speaker during a Confederation of Zimbabwe Industry and Investment Forum in Bulawayo Thursday.

Since President Emmerson Mnangagwa took over the highest office in the land, he has been on a whirlwind campaign to lure foreign investors into his troubled country using his “Zimbabwe is Open for Business” mantra.

However, Khama said only those who were capable of bringing value to Zimbabwe and creating employment for thousands of locals should be given the opportunity and necessary assistance to invest in the country.

Khama was however quick to say he was not encouraging Zimbabweans to block everyone with a genuine desire to set up business in their land.

“But I am not saying you should kick out the outsiders not at all, because when you talk about Foreign Direct Investment, you will also be turning to them to come in and participate in your economy,” he said.

“I am talking about when they do come in, those who you choose, should be those who will add value to your economy. That is very important.”

He also advised the Emmerson Mnangagwa led government to adopt policies that make it easy for investors to come and do business in the country.

“We as a government (Botswana) adopted and developed an easy way of doing business road map which we expect to place us overtime among some of the best performing countries in terms of doing business in the world,” he said.

“And we continuously strive to improve conditions for investors to come and do business in Botswana.”

In 2016, the African index ranked Botswana as the most attractive destination for investments flowing into the African continent.

The former leader also warned against only looking at one region for potential markets.

“Do not just depend on one market in one country for your exports because one day when that country and its markets collapse, this is your downfall,” he said.

“You must attempt to diversify the markets as much as possible.

“So we are doing that in areas of tourism, manufacturing, trade and services as alternatives sources of revenue generations.”