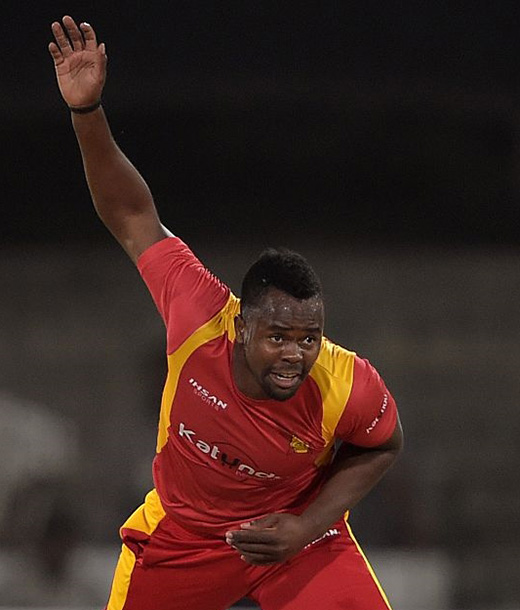 ZIMBABWE left-arm seamer Brian Vitori’s bowling action has been found to be legal following remedial work and a retest, the International Cricket Council (ICC) confirmed Thursday.
The 26-year-old was reported for suspect action after Zimbabwe’s third Twenty20 international (T20I) against Bangladesh in Khulna on 20 January 2016 and subsequently banned.
But after undergoing a retest at the University of Pretoria on 10 June, Vitori has now been cleared by the ICC to resume bowling in both international and domestic cricket events worldwide.
At the retest, it was revealed that the amount of elbow extensions in Vitori’s bowling action for all his deliveries that were tested was within the 15-degree level of tolerance permitted under the ICC regulations for the review of bowlers reported with suspected illegal bowling actions.
Vitori, who made his international debut in August 2011, has played four Tests, 19 one-day internationals and 11 T20Is for Zimbabwe.Advertisement