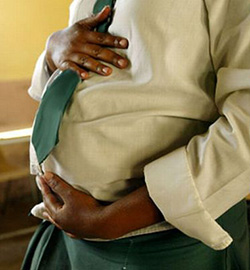 THE ICC will not be sending match officials to Pakistan due to security concerns ahead of next week’s limited-overs cricket series between Pakistan and Zimbabwe in the eastern city of Lahore.
“The decision has been made after receiving a report from its (ICC) security consultant,” the game’s governing body said in a statement Sunday.
The ICC also said that the two Twenty20 and three ODI matches, to be played May 22-31 at Gaddafi Stadium, will be considered “official” games.
The Pakistan Cricket Board said Zimbabwe umpire Russell Tiffin will be one of the two on-field umpires for all three one-day internationals.
Pakistan’s Aleem Dar, who is on the ICC’s Elite Panel of Umpires, will be among the local umpires appointed by the PCB at the other end.
Pakistan selection committee member Azhar Khan will be the match referee for the entire tour.
Zimbabwe is scheduled to arrive on Tuesday and will be the first test-playing nation to tour Pakistan in the six years since gunmen attacked a Sri Lanka team bus in Lahore.
Six police officials and a van driver were killed during the ambush while several Sri Lankan cricketers were wounded.
Earlier this month the Federation of International Cricketers’ Association (FICA) warned against international teams touring Pakistan, saying the risk is “unmanageable.”
“The risk assessment that we have received from FICA’s security consultants is that an international tour to Pakistan remains an unacceptable risk and teams are advised against travelling there at present,” FICA executive chairman Tony Irish said.
In Lahore on Sunday, PCB officials finalized security arrangements for Zimbabwe’s team with police and provincial government.
Security personnel in plain clothes searched the surroundings of Gaddafi Stadium with sniffer dogs.
Provincial minister Shuja Khanzada said that the visitors will be treated as state guests and the federal government will provide a helicopter for aerial surveillance during their travel from airport to hotel and stadium.
“These are the most difficult times for Pakistan … We have to use all the means to ensure the tour is safe,” Khanzada told reporters, adding that “if we organize these matches successfully there are lots of other (foreign) teams which are monitoring it and will play in Pakistan soon.”Advertisement

Another provincial minister Rana Mashood claimed that the sale of tickets, which began Saturday, was going “big” and he hoped the 27,000-capacity Gaddafi Stadium would be sold out for all five matches.
Zimbabwe coach Dav Whatmore, who spent two years as Pakistan team coach, said in a tweet that he was keen to arrive in Lahore.
“Looking fwd to returning to Pakistan as opposition coach and reacquainting with friends. Team zim are & will be working hard for a win!” Whatmore tweeted.