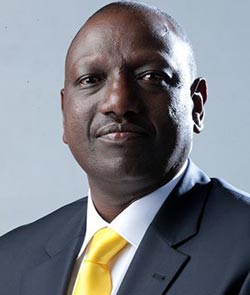 THE move by the German-based European Centre for Constitutional Human Rights (CCHR) to urge the International Criminal Court (ICC) to investigate the war crimes committed by the armies of the United Kingdom (UK) during the 2003 Iraq war could not have come at a better time. This should send a clear message to the ICC and its surrogates that the time for selective application of international law is over.
The ICC has been quick to investigate and bring to book African leaders alleged to have committed crimes against humanity only to take a back seat when it comes to war crimes committed by leaders from developed countries like the USA, the UK, and its European countries etc. Now the time has come for the ICC to make sure that the UK, which committed crimes against humanity when it, together with the USA invaded Iraq, should be investigated and those found answerable to charges against humanity should face the consequences. They should be made to suffer for sins they committed against the people of Iraq on the flimsy reasons that Saddam Hussein possesses weapons of mass destruction.
The ICC should show its impartiality by carrying out thorough investigations into the crimes committed by the UK so that those who misdirected their mandates in the 2003 invasion of Iraq are dealt with accordingly. Recently, Reuters reported that a 250-page dossier detailing reports of sexual abuse, torture  and  executions carried out by British soldiers against Iraqis has been compiled and submitted to the ICC but surprisingly the ICC has kept quiet and action has yet to be taken.
Interestingly, the same ICC which seems to be reluctant to investigate crimes against humanity committed by British soldiers in Iraq, rushes into subpoenaing African leaders whenever there is suspicion that such leaders have committed either war crimes or crimes against humanity. Throughout its history, the ICC has never summoned any British or American leader to answer any crimes against humanity that they would have committed around the world but only African people. During the Cold War era, the Americans and the British sponsored proxy wars that were fought in developing countries, causing deaths of innocent people especially vulnerable women and their children but no leader from those countries appeared before this court.Advertisement

The same court saw it necessary to try and convict Charles Taylor, the former president of Liberia when at the same time ignoring the war crimes committed in Iraq by George W Bush and Tony Blair, then American and British leaders respectively. Taylor was alleged to have committed crimes against humanity in which he was said to have sponsored rebels that wanted to destabilize the Sierra Leorne government using diamonds looted from that country. As if the Taylor case was not enough, the same court bundled into its cells Laurent Bgabgo, former president of Ivory Coast whom the court accused of committing war crimes after the Ivorian presidential elections some few years ago. Since then, Bgabgo is still to get trial and in remand prison under the auspices of the ICC.
Most of the African leaders have been summoned to appear before this court charged with various cases linked to war crimes but leaders from the developed countries are scot-free despite committing crimes that are duplicative to those said to have been committed by African leaders. Currently, the Kenyan Vice President William Ruto is undergoing trial in the same court as he is accused of having incited people to kill each after the disputed Kenyan elections of 2007. On a related note, the Kenyan President, Uhuru Kenyatta is also expected to appear before the same court in the near future, facing similar charges to those of his Vice President Ruto.