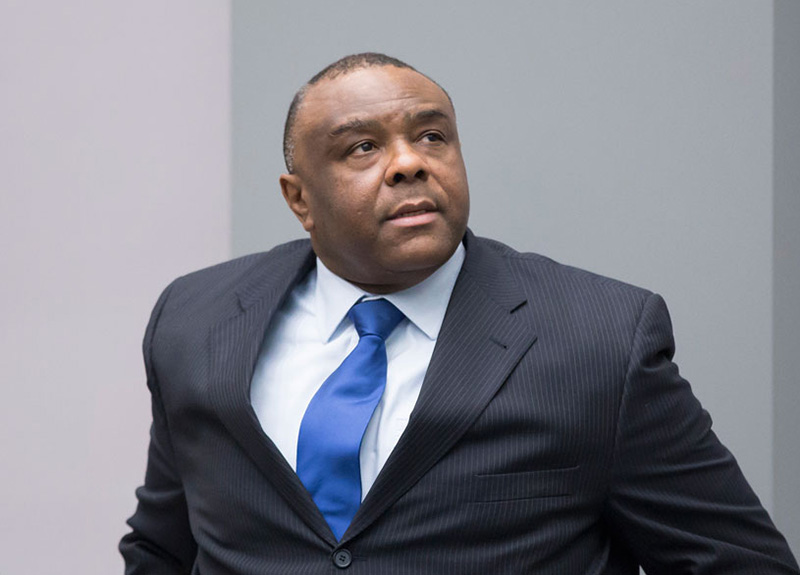 THE HAGUE: Judges at the International Criminal Court on Monday re-imposed a one-year prison sentence and 300,000-euro ($350,000) fine on a former Congolese vice president for interfering with witnesses at his war crimes trial.

However, Jean-Pierre Bemba will not have to go to prison due to time he has already spent in the court’s custody.

Bemba and members of his legal team were convicted in 2016 of corruptly influencing witnesses in his trial on charges of commanding troops who committed atrocities in the Central African Republic. Appeals judges acquitted him of all charges in that case earlier this year and ordered him freed.

Appeals judges in his witness tampering trial upheld most of Bemba’s convictions earlier this year but ordered trial judges to reconsider his sentence and those of two of his lawyers.

At a brief hearing Monday, the trial judges re-affirmed Bemba’s original sentence and sentenced his lawyers, Aime Kilolo and Jean-Jacques Mangenda, to 11 months — equivalent to the time they have already served. Kilolo was also fined 30,000 euros ($35,000).

Bemba’s conviction on witness interference charges has ruled him out of standing as a candidate in Congo’s Dec. 23 election. The African nation’s electoral commission said that the guilty verdict amounted to corruption. Congolese law bars people convicted of corruption from running for the presidency.

Bemba has accused both the commission and the Constitutional Court, which this month upheld the commission’s decision, of being under “full control” of the government of President Joseph Kabila, who after two years of deadly unrest amid the long-delayed election has said he will step aside.

Bemba, whose father was close to former longtime leader Mobutu Sese Seko, finished second to Kabila in the 2006 election.