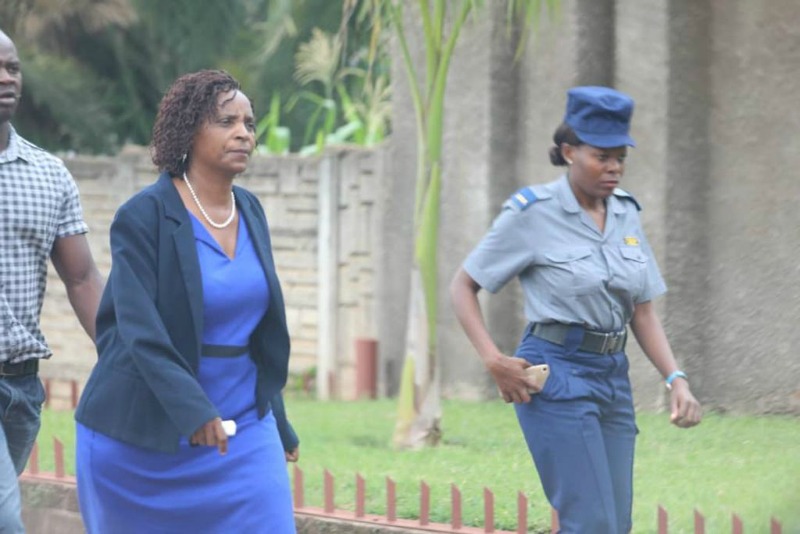 Beulah being taken to the police station
Spread This News

It is believed the wife, identified as Beulah, intended to feed her husband with the information since he is star witness in the trial.

He singled out former NetOne CEO, Reward Kangai’s son as one of the culprits.

Elijah Makomo, the magistrate who is handling the case then warned the gallery against recording or passing information to witnesses as it was against the law.

However Beulah ignored the warning when court sat in the afternoon and started recording before she was seen by an alert person who was also seated in the gallery.

The person raised alarm before the court ordered her immediate arrest.

Beulah was charged with contempt of court.

Magwaliba had complained that people recording were undermining court’s integrity.

The lawyer said feeding witnesses with information would prejudice his client’s case.

“We have noted that despite your calls, the permanent secretary’s wife was recording. Police have been involved and investigations are underway,” said Magwaliba.

In response, state prosecutor Tapiwa Godzi said such conduct was not allowed in court.

Witnesses, Kundishora and Kangai, sat out during proceedings.

Mandiwanzira is facing criminal abuse of office charges after he allegedly favoured a South African company with a consultancy job for NetOne without going to tender.

He is also accused of appointing his personal assistant as POTRAZ board member.

The trial was postponed to February 22 after Magistrate Makomo dismissed an application for exception by the Nyanga South MP.

The matter will proceed on continuous trial on March 5, 6 and 7.