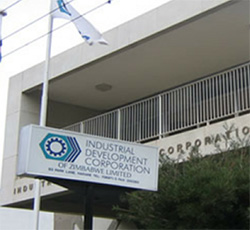 THE Industrial Development Corporation of Zimbabwe (IDC) ‘s loss position worsened to $22 million for the year ended December 2013 from $20,8 million the previous year, with the institution’s auditors raising the red flag over its going concern status.
Founded in 1963 to spearhead the growth of the country’s industry, the state owned, self-financing corporation has investments cutting across all sectors of the economy.
According to the IDC 2013 annual report which has now been tabled in Parliament, performance of the corporation as a stand-alone entity without its subsidiaries worsened as it posted a net loss of $54 million from a $2,7 million loss the previous year.
The report came as legislators on Wednesday registered displeasure over delays in the release of financial statements by government entities which, at best, are released a year or two years after the financial year.
This made the reports merely academic, legislators said.
In the reporting period, IDC group revenue surged to $128 million from $123,5 million in 2012.
Group chairman, John Mangudya, who has since stepped down following his appointment as Reserve Bank governor expressed optimism the group would return to profitability this year.
“The directors have satisfied themselves that the group will return to profitability and that the corporation will be able to discharge its liabilities as they fall due,” he said.
“Accordingly, they are satisfied that it is appropriate to adopt going concern basis in preparing the financial statements.”
Mangudya said all the subsidiaries that posted losses must, going forward, cut their overhead costs in line with their levels of business.
IDC auditors, KPMG however noted that the group’s and corporation’s current liabilities exceeded current assets by $51.2 million and $16.9 million respectively.
“…along with other matters (this) indicates the existence of material uncertainty which may cast significant doubt on the ability of the corporation and its subsidiaries to continue as going concerns,” KPMG said.
IDC has interest in sectors such as agro-processing, mineral processing, motor and transport, textile, insurance, and real estate.
Government has since redefined the IDCZ’s role to make the institution leaner and has ordered it to dispose of some of its subsidiaries and focus on becoming a development finance institution, supporting local industry.Advertisement

Some of the subsidiaries set for disposal include   Allied Insurance, Amtec, Deven Engineering, Surface Investments and Zimbabwe Grain Bag.