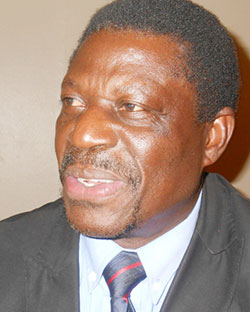 THE Industrial Development Corporation of Zimbabwe (IDC) is seeking $100 million in seed capital to finance industrial projects, an official said on Thursday.
Industry and Commerce ministry deputy director Percy Takavarasha told delegates attending a youth conference in the capital that government has engaged investors and development partners to raise funds for the Industrial Development Fund which is managed by the IDC.
The fund was set up under the Industrial Development Programme, running from 2012 to 2016. Lack of long-term financing and obsolete equipment has been cited as one of the constraints affecting the manufacturing sector.
“There is need for seed capital to the tune of $100 million in that fund. We are in the progress of engaging stakeholders and development partners from other countries who are within the country to contribute to that fund,” Takavarasha said.
Addressing journalists on the side-lines of the conference, World Bank senior financial sector specialist on financial inclusion and consumer protection, Jennifer Chien, said banking institutions should introduce products and services that tap into the informal sector to promote inclusivity.
Independent statistics show that at least $3 billion dollars is circulating in the sector.
IDC has put 10 subsidiaries up for sale, including vehicle dealer, Amtec and coach-making unit, Deven Engineering.
Last week, industry minister, Mike Bimha told he Source that the proceeds from disposal of the IDC’s subsidiaries would go towards the fund.
“We are now reconfiguring IDC, which is in the process of getting rid of some of its entities and also looking for partners for other entities.
“We are also bringing up another wing of IDC, which will be more like a fund management company, which will now facilitate the funding of industry,” said Bimha.
The fund management company will be modelled in a similar system as the Distressed and Marginalised Areas Fund (DIMAF), which is managed by Old Mutual Zimbabwe’s unit, the Central African Building Society (CABS).Advertisement