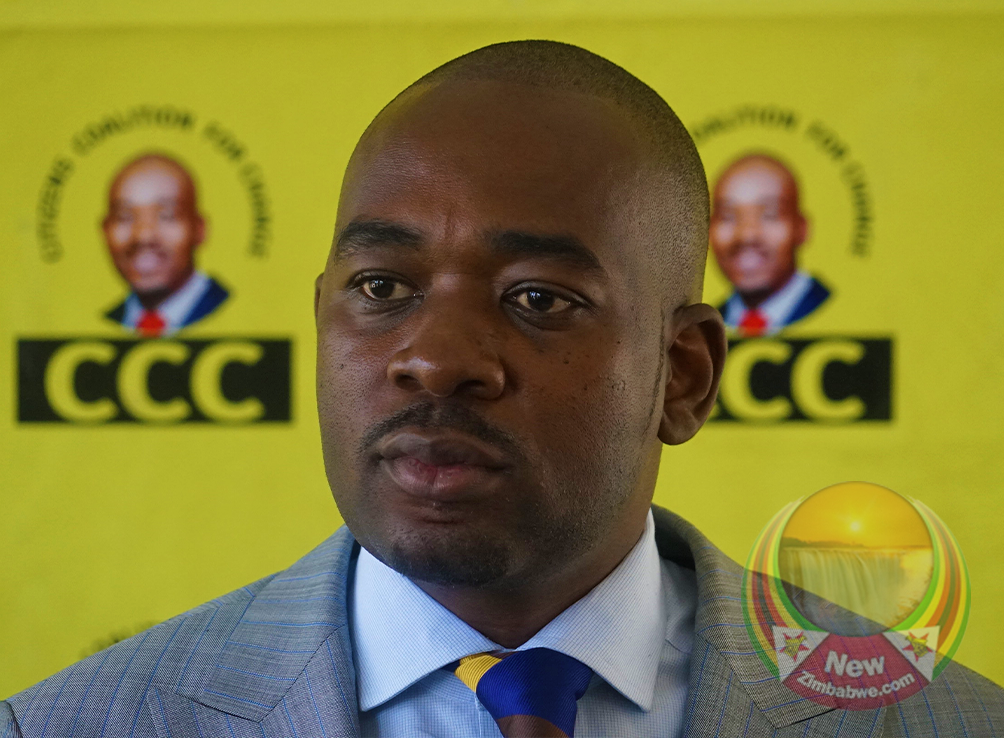 A NOW-DELETED tweet by Citizens Coalition for Change (CCC) leader Nelson Chamisa apparently questioning reference to legislator Charlton Hwende as CCC secretary general has re-ignited questions about the absence of structures in the opposition party.

Established in January this year, the party has yet to hold an elective congress with crunch general elections due next year. 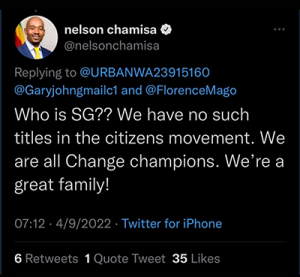 Its activists have dismissed criticism over the absence of a constitution, and organisational structure, saying CCC was a citizens movement.

It has also previously been indicated that the leadership that was in place in its former guise as the MDC Alliance would continue to hold their positions on an interim basis.

However, on Monday Chamisa questioned reference to Hwende as Secretary General, insisting that “We have no such titles in the citizens movement, we are all change champions”.

However exiled former cabinet minister Professor Jonathan Moyo, who has led calls for CCC to establish substantive structures, lamented what was he described as a “structureless tragedy” in the fledgling opposition party.

1/2 No surprise @nelsonchamisa queried reference to @hwendec as #CCC‘s SG, before deleting his tweet. He has been contacting reporters to query their references to @BitiTendai, @Welshman_Ncube and @KarenyiKore as #CCC VPs, saying the positions are not in his structureless party! https://t.co/LYOypHk71C pic.twitter.com/Wuz7GuWNc7

In July this year, visiting UK academic Stephen Chan also weighed in on the debate, noting that “he (Moyo) has made astute comments on the need for party structure.

“Certainly the West NEEDS to know WHO is in the front bench of what should be projected as a government-in-waiting, With whom in each specialist portfolio, e.g. health, education, justice, agriculture, industry, finance, foreign affairs & defence will the West be dealing? So is it a GOVERNMENT-in-waiting, or simply a President-in-waiting.”

After Chamisa’s meeting with Professor Chan, it was then revealed that the CCC had appointed a “shadow cabinet”, which the party denied, insisting they were just parliamentary portfolio spokespersons.

The opposition party maintains that it will not be railroaded into coming up with the so-called structures claiming these have, in the past, been used by the ruling Zanu PF party to infiltrate and destabilise the opposition.