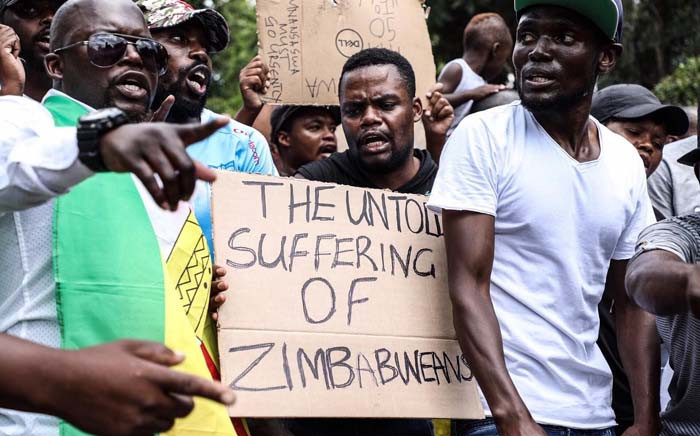 The Crisis in Zimbabwe Coalition on Friday implored the SA government to restate and reaffirm its resolve to provide a lasting solution to end xenophobia.

The coalition made the appeal after members of Operation Dudula camped outside Kalafong Hospital for about three weeks, barring illegal immigrants from entering the hospital.

The coalition said the plight of Zimbabweans in SA had been made worse by the government’s decision to not extend Zimbabwean exemption permits beyond December 2022.

“With the majority of Zimbabweans facing expulsion after the expiry of this deadline, there has been intensified calls and systematic attacks by vigilante groups, opposition leaders and ordinary SA citizens, who are demanding that Zimbabweans go back home.

“This discrimination, ill-treatment and inhumane stigmatisation of Zimbabweans in SA violates the African Charter on Human and Peoples’ Rights.”

The coalition said SA was party to the convention relating to the status of refugees.

“The SA government is therefore mandated to ensure the safety and security of all refugees domiciled within its borders,” it said.

The coalition also implored the SA government to guard against uttering or encouraging irresponsible statements that might inflame xenophobic sentiments and attacks against Zimbabweans and other foreign nationals living in SA.

The coalition said SA has a critical role to play in resolving the multifaceted crises in Zimbabwe.

It asked SA to use its regional leadership role and influence to steer Zimbabwe towards a path of rational economic and political practice.

The coalition also urged the government to “reinvigorate” its efforts to reduce the inequality among South Africans which was providing a fertile ground for acts of xenophobia.

Furthermore, the coalition accused SA of not being decisive in engaging Zimbabwe.

“It is the region and its continued passive policy towards Zimbabwe, and giving a blind eye to the excesses of the government of Zimbabwe and its repression of citizens, that remains the biggest push factor for outward migration from Zimbabwe.

“SA in particular and the entire Sadc (Southern African Development Community) region cannot give a blind eye to the repressive government in Zimbabwe and in the same vein expect citizens to await slow death at the hands of their own government,” it said.

“And the very reason why SA and the region cannot afford to take a ‘business as usual’ approach.”