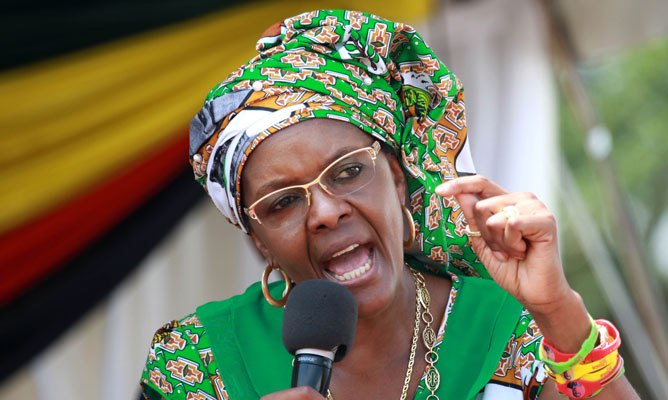 Farm invaders have no surface or excavating rights to conduct their mining activities on the Grace Mugabe owned Smithfield Farm since the provisional High Court order they are claiming to have is invalid, lawyer representing the former First Lady said.

Vunganai Chivore said the Gushungo Holdings have also filed papers arguing that the complaints (the illegal gold miners) had withdrawn their court case at the end of March and that the former First Family was not served with ‘notice of set down’ for the hearing with the provisional order was granted.

In this case Grace is adamant that more than 400 illegal gold miners that have invaded her farm must vacate immediately since they got a provisional order in default.

In an interview, Chivore said they have since filed court papers opposing the provisional order and arguing that his client was not saved with notice of set down for the hearing.

“The record in the High Court consists of the answering affidavits, the opposing affidavits and materially in response to the claim by the applicants, Gushungo Holdings, is arguing that it has a Special Grant over that 16 ha property,” said Chivore.

“There is an issue of surface rights were these people are mining, they are literally chopping down citrus trees to conduct their mining activities.”

Grace’s lawyer added, “Suppose legitimately they have the relevant mining documents, are you supposed to ignore the surface rights of the owner of the property?”

“While the applicants are arguing that they have the certificate of inspection, so you know that in the papers filed authorise the parties to conduct exploration to conduct mining business.”

“But one thing that is material and critical is you know that on the 26th march the applicants filed a notice of withdrawal against Gushungo Holdings.”

Former First Lady, last week, reported to Mazowe police station that about 400 artisanal gold miners were illegally mining in her farm and wanted them stopped from loitering inside her farm during the night since their activities are damaging her state of the art irrigation equipment and that she some of her laptops were stolen.

The miners then responded by threatening to sue Grace over the faults report. They have since filed a 100 thousand dollar lawsuit.