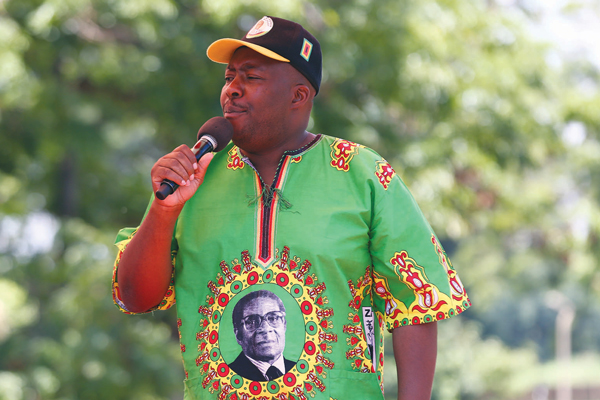 SELF-EXILED former Zanu PF national political commissar, Saviour Kasukuwere insists he was still a ‘card carrying’ member of the ruling party despite his expulsion some three years ago.

Tyson, as he was affectionately known within Zanu PF, is one of the top politicians linked to the Generation 40 faction whose members were 2017 forced to scurry in all directions when then Vice President Emmerson Mnangagwa seized power in a shock military assisted coup which ended Robert Mugabe’s 37 year rule.

Kasukuwere was expelled together with then ministers Patrick Zhuwao, Jonathan Moyo as well as former first lady Grace Mugabe, among other party politicians who were opposed to Mnangagwa’s take-over as President.

Despite the expulsions and the rough treatment under Zanu PF’s current leaders, Kasukuwere, a former youth minister, expressed his undying ‘love’ for the party on Twitter.

“I remain a card carrying member of the party until due process in carried in line with the party’s constitution. I remain committed to the party which is key to sustainable national development,” reads Kasukuwere’s tweet.

Currently exiled in South Africa, the former Mount Darwin lawmaker is a strong critic of President Mnangagwa’s government and has sometimes expressed his desire to challenge his former ally in the 2023 elections through his Tyson Wa Bantu Movement.