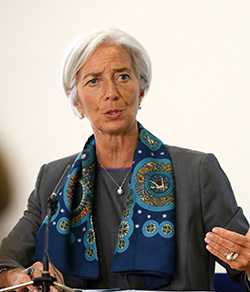 PARIS: A special French court has declared International Monetary Fund chief Christine Lagarde guilty of criminal negligence in a long-running arbitration case.
But the court decided not to punish her or give her a criminal record.
The Court of Justice of the Republic ruled that her negligence while servicing as finance minister allowed for the misappropriation of funds by other people. The others, in a separate case, haven’t yet been tried.
This follows a week-long trial. The court handles cases involving ministers.
Lagarde has maintained her innocence, and the prosecutor has asked for an acquittal.
The case revolves around a 403 million-euro ($425 million) arbitration deal given to tycoon Bernard Tapie in 2008 over the botched sale of sportswear maker Adidas in the 1990s. The amount prompted indignation.
Civil courts have since quashed the unusually generous award, declared the arbitration process and deal fraudulent and ordered Tapie to pay the money back.Advertisement