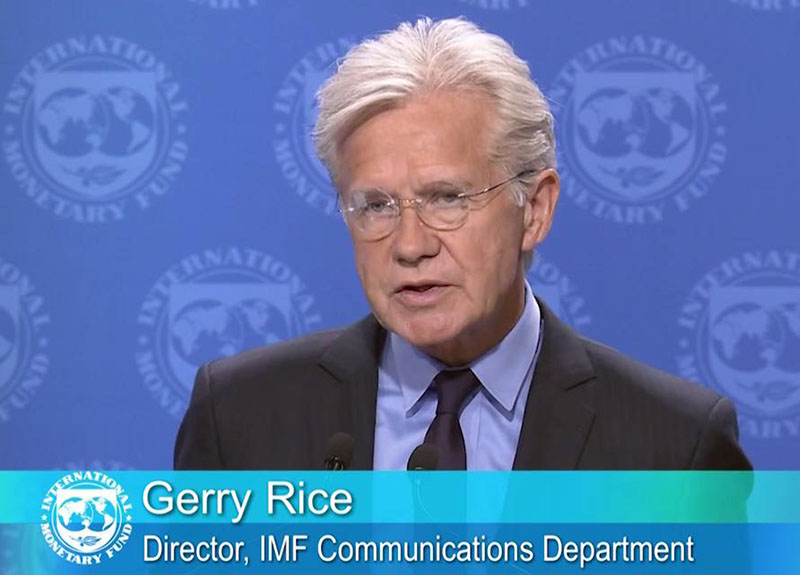 The International Monetary Fund (IMF) has said that Zimbabwe will struggle to get financial support from international financial institutions to its high debt levels.

The IMF spokesperson Gerry Rice told reporters ahead of the World Economic Forum meeting in Davos that the country needed policies that would stabilize the economy.

Rice in responding to a question about the current unrest in Zimbabwe and its debt in relation to the IMF said:

“I would say that of course Zimbabwe is facing major challenges and just in terms of the unrest, we encourage all stakeholders to collaborate peacefully in developing and implementing policies that will stabilize the economy and promote sustainable and inclusive growth.

On the overall economic situation, debt and the IMF, there has been no real change in what I have said here recently which is Zimbabwe continues to be in a difficult situation regarding debt with protracted arrears to official creditors including multilateral creditors such as the World Bank which severely limits Zimbabwe’s access to international financial support.

In terms of the IMF, Zimbabwe has, in fact, cleared its arrears to us, to the Fund, but our rules preclude lending to a country that is still in or under arrears to other international financial situations. So until that particular situation is resolved, we would not be moving forward with financial support for Zimbabwe.

I said here the last time that the authority’s economic policies we felt were headed in the right direction broadly in terms of addressing the fiscal deficit and monetary policy and so on. I won’t repeat what I said the last time but that’s where we are on Zimbabwe.”