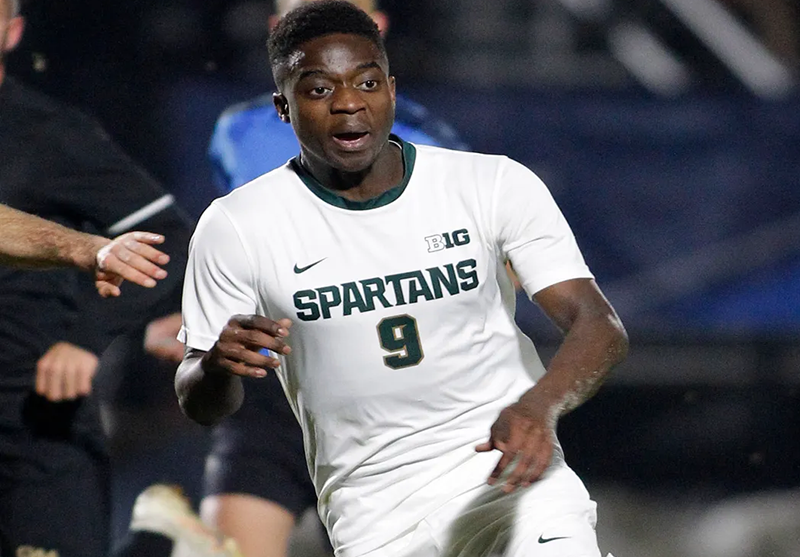 US Major League Soccer (MLS) side, Los Angeles Galaxy, is hopeful that Zimbabwean forward Farai Mutatu will be available for selection before the new season starts.

Mutatu, the Galaxy’s first-round pick in the 2022 MLS draft, is currently in Zimbabwe due to complications surrounding his immigration status in the US.

The 23-year-old striker was recently training with newly promoted Gweru-based Premier Soccer League side Sheasham Football Club in an effort to maintain his fitness.

According to reports in the US, Los Angeles Galaxy head coach Greg Vanney is hoping that the former Michigan State University player can get his immigration paperwork in order. 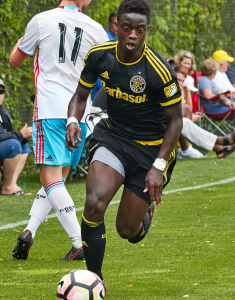 Mutatu, who is from Zimbabwe, impressed last winter when he scored two preseason goals and Vanney said the Galaxy should know in the next week whether he’ll be able to re-join the club before the start of the new season.

“There’s space now for a couple of guys who are younger, who are going to be on the field more, their presence needs to be felt,” he said.

Mutatu, who was born in Zimbabwe before moving to the US at the age of seven, made a positive impression on his new bosses ahead of last season but the LA Galaxy technical decided not to rush him into the first team squad.

“I would say Farai’s been impressive since day one. Obviously showing up and being fit and strong and winning the beep test pretty handily is a good sign for yourself in terms of that you’re ready to go,” Vanney told reporters at the time.

“It doesn’t necessarily mean everything, but it’s certainly a great first impression for the young man. I mean, he’s powerful, he’s dynamic.”

Mutatu is very skillful and a playmaker on his own. The attacker is versatile and can play many different positions on the offensive front.

After a breakout 2021 season at Michigan State University, where he was studying Human Resources, Mutatu was taken in the first round of the 2022 Major League Soccer SuperDraft at 21st overall.

The forward tallied seven goals, three assists and played in all 17 matches during the campaign. In 67 career appearances, Mutatu had 13 goals and eight assists