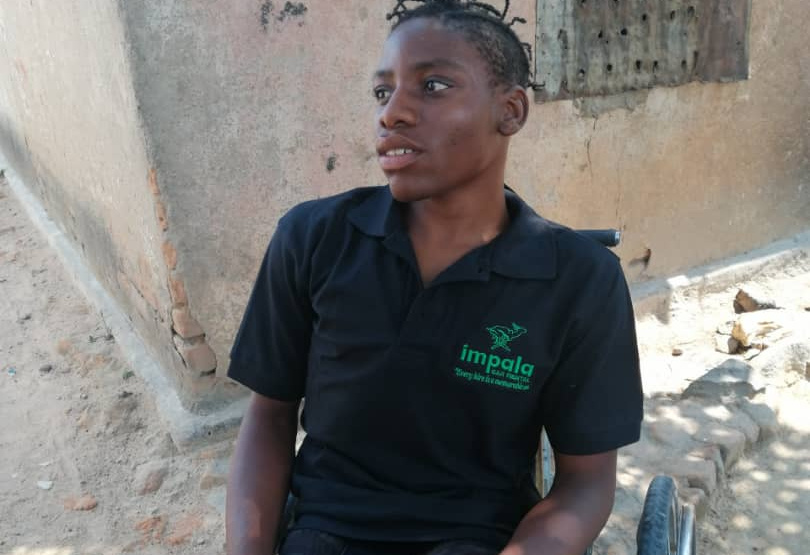 MIKE Saujeni, whose budding music career was derailed by a sudden disability which left him static at 10, could finally re-ignite his passion for the microphone after he got a wheelchair donation from a local company.

The 20-year-old aspiring musician from Chitungwiza has been paralysed for the last decade, making it difficult for him to realize his dream.

The wheelchair, donated to him by Impala Car Rental through its Alfred Dondo Foundation, is the spur he needed. The Harare-based company also donated some groceries.

Saujeni is the firstborn in a family of four children, all of whom suffer from different disabilities.

His mother Anne Mangadze, who almost broke into tears while narrating Saujeni’s ordeal, said it was difficult for her to take care of the children with their conditions and as such, she was failing to raise money to buy a wheelchair for Mike.

“I was going through a lot because all my children are disabled and for Mike, it was worse because he is paralysed. Going to the toilet was difficult for him without a wheelchair, he also needed hand gloves because he crawls to get into the toilet,” she said.

Mangadze was grateful to Impala Car Rental for the love shown, saying the donation would go a long way in assisting his child’s endeavour.

Saujeni is an aspiring musician who is yet to record a song although, according to his mother, prides himself with a rich catalogue of compositions and is blessed with a perfect singing voice.

“He loves singing and this donation would go a long way in assisting him to pursue his dream. I am glad that we still have companies that have a long heart. He has not made any recording yet, but his singing is very good. He already has a number of songs he has composed,” she said.

Saujeni also expressed gratitude to Impala saying the company had assisted him in fulfilling his dreams.

“Life has been unbearable for me because I had no wheelchair. But now they have assisted me with one and my dream will come true soon,” he said.

Tracy Ngoma, Impala Car Rental brand, and projects manager said they would continue with their charity works in the country.

“Touched by Mike Saujeni’s plight we found it fit as a company through our Alfred Dondo Foundation to assist him with a wheelchair and some groceries. We will be doing the same initiatives across the country. We are glad that our initiatives have assisted several people,” she said.