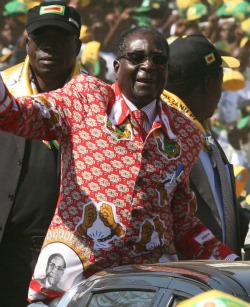 THERE is no doubt that Zanu PF has, since 31 July 2013, emerged as a party on resurgence, managing to re-establish its traditional post-independence political dominion. The buoyant Zanu PF government has unveiled the ambitious Zimbabwe Agenda for Sustainable Socio-Economic Transformation (ZimAsset) as a policy document to steer the national development path way over the next five years.
Thus far, the government has exuded confidence and zeal to deliver economic empowerment to the people of Zimbabwe, albeit with excessive baggage of policy inconsistencies and lack of investor confidence. However, the positive outlook and charm offensive exhibited by Zanu PF since their electoral victory has in recent weeks been overshadowed by the drama-filled provincial elections.
While the elections were a routine, a Zanu PF constitutional requirement, stakes were however high as alleged rival camps led by Joice Mujuru and Emmerson Mnangagwa sought to control provinces as part of broader succession politics in in the party. So fiercely contested were the provincial elections that senior party members engaged in public verbal exchanges as lobbying and counter lobbying for nullification of election results intensified. The public exchanges further exposed Zanu PF factional fights which the party has been consistent in denying.
Remarks in the public media alluded to Killian Sibanda, losing candidate in the Bulawayo Province chairperson elections, to the effect that the Bulawayo province elections were rigged are indeed telling of internal party democracy in Zanu PF. In Mashonaland West, the violent nature of the elections was also exposed as some people were injured during violent clashes. In Mashonaland East, the losing candidate in the chairperson elections, Philemon Mutongi, questioned the authenticity of the 24,263 votes garnered by Ray Kaukonde who won the vote.
While on one hand these complaints can be viewed as a typical case of sour grapes from election losers, allegations of rigging deserve scrutiny in as far as they reflect on internal democracy in Zanu PF and the general democratisation agenda in Zimbabwe. The alleged rigging machinery, thought by Sibanda and his colleagues to have been engineered in Harare, was characterised by missing names on the party’s voter’s role, assisted voters given marked ballots and candidates’ lack of access to the voter’s role.Advertisement

National democratic practices are a manifestation of internal party democracy. A drought of internal party democracy sounds a death knell for state respect, protection and fulfilment of fundamental human rights. Further, considering that Zanu PF now has absolute executive and legislative majority, there is reason to fear more state reprisals as the succession battle gains momentum.
The Zanu PF provincial elections should also be viewed in the context of the 31 July 2013 harmonised elections. The irregularities exposed by Zanu PF officials are in tandem with complaints raised by the MDC formations and Civic Society Organisations (CSO) observer missions during the July plebiscite. Questions arise therefore as to whether the provincial elections are a case of chickens coming home to roost, an inevitable consequential fate of a revolutionary party whose existence and survival hinges on manipulation of democratic principles and practices.
A few realities have emerged in the aftermath of the provincial elections. Zanu PF is now dominating political space and setting the agenda at a time the MDC formations seem to be fighting internal strife. It is likely therefore that Zanu PF will emerge as its biggest opposition in the 2018 elections if succession battles continue to play out in similar fashion as was recently observed. The struggle for democracy in Zimbabwe is no longer confined to opposition parties, but is likely to grow even louder and shriller from within the rank and file of Zanu PF.
We are also likely to see the perpetuated abuse of public media to advance succession factional battles. The exchanges between Zanu PF officials observed during the provincial elections are likely to become even more apparent and glaring as the succession under-current reaches boiling point. Zanu PF Secretary for Administration, Didymus Mutasa, has already complained of being ignored by the public media.
But succession battles have the unfortunate effect of being a sideshow that distracts the public from holding Zanu PF to account over its various developmental pledges. Government is faced with a conflict fatigued and service delivery expectant nation. Members of rival camps in the succession battle hold high ranking Government positions and we can only hope that the scheming does not compromise their service delivery mandate.
On the same note, the succession battle is also likely to compromise the integrity and service delivery orientation of public institutions. The botched investigation in 2012 of Ministers Saviour Kasukuwere, Obert Mpofu and Nicholas Goche by the Anti-Corruption Commission on allegations of corruption and abuse of office was viewed in the context of succession plots and sub plots. It is possible therefore to see cases of abuse of state institutions for political mileage and aggrandisement. Partisan state institutions are a bane to investor confidence and thus economic revival.
It is also evident that at full throttle succession fight will not only be a Zanu PF internal affair but will also have far-reaching implications on the country’s economic stability and security. Considering that the country’s security forces have made their political allegiance known; only time will tell as to where their allegiance lies among the alleged competing camps. The possible and highly likely outright involvement of the security forces in succession politics will compromise the country’s civilian rule and condemn the country to a banana republic.
While the succession battle continues to play out in spectacular fashion, Didymus Mutasa, has been quick to remind us that President Mugabe is constitutionally free to contest the 2018 elections and the party has the desire to replicate the biblical times where some rulers lived up to a 100 years and still retained power. These remarks serve a dual purpose. On one hand, the remarks are a reminder to Zanu PF cadres to stop fighting as if Mugabe is dead while on the other hand it is an expression of a desire for Mugabe to serve his two terms allowed under the new constitution.
Therefore, as Zanu PF embarks on a developmental path over the next five years, the succession battles will not only provide an exciting side show but will also have a bearing on the performance of the Government and the overall attainment of deliverables enunciated in ZimAsset.
Butholezwe K. Nyathi is Research and Advocacy Officer at Bulawayo Agenda. E-mail: kgosinyathi@yahoo.com