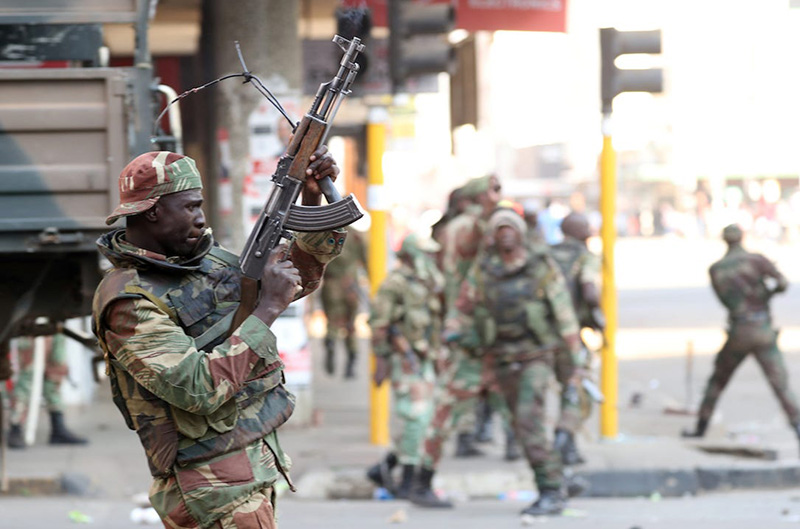 THE opposition United Zimbabwe Alliance (UZA) has warned that the poverty soldiers are currently being subjected to by government is a security and peace threat for the country.

In a Defence Forces Day commemorations statement, UZA said government must restore the dignity of soldiers by paying decent wages.

“It is sad that the harsh economic environment has affected their safety, welfare and remuneration. Our forces cannot afford a quality standard of life due to paltry earnings for their service. They deserve to be appreciated with befitting and dignified salaries and benefits,” the opposition party said.

The party said if the situation goes unchecked soldiers will be a national threat.

“The living conditions within the barracks leaves a lot to be desired while the majority who have no access to accommodation within the barracks cannot afford proper housing. Some members of our national defence forces have become so desperate that they now resort to side jobs or corrupt and criminal activities to sustain their families.

“Improving their work and living conditions must become a national priority as it could end up threatening the peace and security of our people,” the party said.

UZA is  led by Elisabeth Valerio and is contesting the coming 2023 elections.

Once elected in government the party has pledged to improve the welfare of soldiers.

“The UZA led government pledges to improve the conditions of service of our esteemed servicemen and women and ensure that their welfare is commensurate with the important service that they provide for our nation.

“Our party believes that our servicemen and women must remain apolitical and serve the nation and the country’s citizens ahead of party and individuals or political parties,” the party said.”