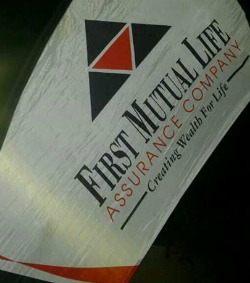 FIRST Mutual Holdings Limited has revealed that gross premium income for the half year to June rose by 16 percent to US$52,2 million due to improved operating environment.
Life assurance and medical insurance business contributed us$33,7 million from US$29,6 million whilst short term insurance and reinsurance business contributed US$18,5 million from US$29,6 million.
The short term insurance and reinsurance business contributed US$18,5 million from US$16,1 million.
Group chairman Oliver Mtasa said FMLH’s reinsured 16 percent of the gross premium written, achieving a net premium of US$344,1 million from last year’s US$36,3 million.
Rental income grew by 15 percent from US$3,4 million in 2012 to US$3,9 million in 2013.
Investment gains from quoted equities and money market investments amounted to US$7,5 million, a 357 percent increase compared to investment gains of US$1,6 million for the first half of 2012.
Total expenditure for the period amounted to US$48,2 million, an increase of 34 percent from the US$36 million incurred to June 2012.
Total expenditure was largely driven by a 34 percent surge in claims. The incidence of claim was particularly high in the health care business.
“The group incurred an impairment loss of US$2 million relating to the carrying amount of the investment in the associate company, Rainbow Tourism Group to reflect the decline in market value of this investment,” said Mtasa.
The group achieved a profit after tax of US$2,4 million, a decline of 38 percent from the June 2012 figure of US$3,9 million, affected by the impairment loss referred to above and medical insurance business.
The total comprehensive profit attributable to shareholders of the parent company amounted to US$1,3 million compared to US$2,9 million last year.
“The group’s statement of financial position grew by eight percent to US$191,2 million due to appreciation in value of investment held, new investments from cash generated from operations by the respective business united and an increase in accounts receivables while payables remained largely unchanged,” Mtasa said.
Premium receivable grew by 37 percent to US$9,3 million, reflecting liquidity challenges prevailing in the market. The group has made adequate provision for any outstanding balances that are considered doubtful.Advertisement

“The group’s total cash and cash equivalents at June 30 2013 were US$26,1 million made up of short term money market investments of US$22,1 million and bank balance of US$4 million,” he said.
Policy holder funds grew by 11 percent to US$80 million from US$71,6 million due to the growth of policyholders business written during the period and investment returns on the portfolio.