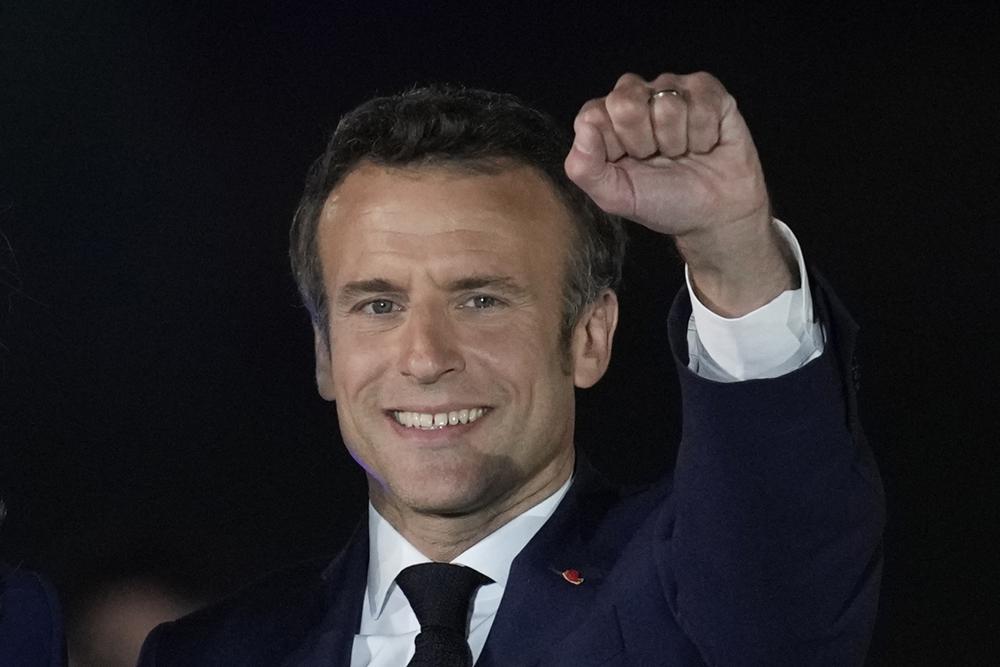 Concerned by Russian influence in Africa, France will increase cooperation and support in the field of food and security to West-African countries, said President Emmanuel Macron starting his four-day trip to the region on Tuesday (26 July).

Macron is part way through a four-day visit to Cameroon, Benin and Guinea-Bissau, a response to the Russian diplomatic offensive in Africa, where Foreign Minister Sergei Lavrov received a particularly warm welcome in the Congo Republic and Uganda.

“We are blamed by some who say that European sanctions (on Russia) are the cause of the world food crisis, including in Africa. It is totally false,” said Macron in Cameroon, adding, “Food, like energy, have become Russian weapons of war … We must help the African continent to produce more for itself.”

Many African countries, which import Russian grain and energy while also buying Ukrainian grain and benefitting from Western aid flows and trade ties, have avoided taking sides in the war.

In Yaoundé, Cameroon, Macron said France would provide support in the field of food security and the fight against terrorism. “No economic development is possible without peace and security,” the French head of state said.

France will remain “resolutely committed to the continent’s security, in support of and at the request of our African partners,” he added.

Tensions have long existed between the English and French-speaking parts of Cameroon as the English-speaking territories have advocated for greater decentralisation and even complete independence or separation.

The conflict between the territories resulted in open warfare in 2017, an ongoing conflict that has claimed the lives of over 6,000 people and displaced hundreds of thousands.

To solve the conflict, Macron said there is a need to proceed to “a true decentralisation”, pointing to so-called regionalisation as the solution.

France intends to “re-articulate” and “expand” its security mechanism in the region to the countries of the Gulf of Guinea “, which have to deal with terrorist groups that are expanding and shaking up the entire region,” he said. “In the Sahel, we are re-articulating our mechanism by withdrawing from Mali,” Macron added.

Macron also expressed concern about the “hybrid presence of Russia on the African continent”, particularly in the Central African Republic.

The French leader pointed to the destabilising effects of propaganda, false information and the use of militias like the infamous Wagner group.

“Russia has supplemented its diplomatic offer with the intervention of (Wagner-type) militias,” he said, citing the examples of the Central African Republic and Mali, where Russian mercenaries have been active.

Macron also accused the African continent of not recognising Russia’s “unilateral aggression” against Ukraine, noting that “it is Russia that started the war”.

During Macron’s visit, increased cooperation on food and agricultural sovereignty was also announced.

Russia’s war in Ukraine has also affected the African continent, which relies on much of the Ukrainian wheat currently blocked in Black Sea ports.

“I also want France, as part of its diversification, to support the development of sustainable and resilient agriculture,” said Macron, adding that “food and energy have become weapons of Russian warfare.”

The French president also welcomed the collaboration between the WTO and the World Food Programme (WFP) to help needy countries. At the same time, the Elysée encouraged the private sector to partner with the WFP.

To respond to the urgency of the food crisis, the French president said he intends to “strengthen the resilience of agricultural systems, help to produce more thorough training, through public and private partnership.”

He added that the African continent must become more independent in fertiliser production, which the FARM initiative should facilitate.

“This agenda is essential,” he concluded.