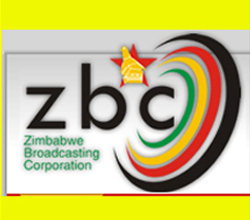 THERE is much talk of shadowy hardliners in Zanu PF. If such figures actually exist outside the realm of myth, I think this is a time for them to stand up and be counted. The MDC cannot be allowed to make use of state media to sabotage the interests of the state.
Plainly speaking, I am saying the MDC has absolutely no right to enjoy publicity on ZBC or on any of the state radio stations.
We have tolerated gross injustice in Zimbabwe. We have forgiven treason; acts for which people are hanged in others nations have gone on unpunished. How would the Americans respond if they discovered that one of their own was working in co-ordination with the Russians? Would this citizen be allowed to enjoy their ‘democratic right’ whilst getting funds from an enemy state? I think not.
Consider the fate of Bradley Manning who faces many years in an American prison. His only crime was exposing the callous murder of Iraqi civilians by bloodthirsty American soldiers. He exposed this evil by leaking information to the media. Today, he is being held in an American military facility facing trial on the charge of aiding the enemy.
Let us place this on the scales of reason. How can the United States justify imprisoning a young man for 20 years simply because he was overcome by conscience and published a video exposing American killers? The position of the United States is hard-line. These are the real hardliners of this world who demand that innocent young men who expose evil be sent to prison.
We have all seen the hard evidence of Morgan Tsvangirai speaking to the American Ambassador and telling him to maintain sanctions on Zimbabwe. In the same conversation he admits that his public calls for sanctions to be lifted are merely for show. At the time, Tsvangirai was publicly declaring that sanctions were harming ordinary people and should thus be removed. In private conversations, he went on to tell the Americans that they should disregard his public statements. He was simply saying this to deceive the voters.
These are not allegations that I am plucking from thin air but facts supported by documentary evidence. Tsvangirai has made no attempt to deny these charges because he knows full well that he was caught and exposed.
Which nation on earth would allow a self-confessed traitor of this sort to go on to parade their deceptive wares on state television? It would not happen in Britain or in the United States and there is absolutely no reason why we should be bullied by the West to treat their surrogate political party like royalty. If the Americans can put a young man in prison for exposing killers surely we cannot be so tolerant as to give airtime to a puppet who calls for sanctions in private whilst pretending to damn them in public.

Tony Blair stood in the House of Commons and publicly stated that he was working with the MDC to overthrow the legitimate government of Zimbabwe. How would the British react if Vladimir Putin publicly stated that he was now working hand in glove with Ed Miliband to overthrow David Cameron? They would not accept it. On what basis are we expected to just overlook these unacceptable acts of treachery on Tsvangirai’s part? Is it because our sovereignty is somehow cheaper than that of the Americans?

It is now abundantly clear that Tsvangirai is a puppet who is being used to further Western interests in Zimbabwe. This may sound harsh or unfair but it a fact. He is not a legitimate leader but an imposter. A man who says no to sanctions in public but invites them in private is not a legitimate leader. He is a dangerous enemy of the state and he should be treated as such.

We must not make the mistake of legitimising and negotiating with the MDC-T as one would with an authentic opposition movement. Zanu PF has made far too many concessions. SADC cannot make any more demands without first demanding a public explanation from the MDC as to their role in the sanctions that were imposed on Zimbabwe.

We see more evidence of Tendai Biti drinking tea and biscuits with the Americans and giving them pointers on which individuals and entities should be added to or removed from the sanctions list. This is outrageous! How can a senior member of a political party work with a foreign power to impose sanctions on entities and individuals outside the scope of the United Nations?

Tendai Biti and Morgan Tsvangirai have not been punished for these acts of treachery. Instead Zanu PF has allowed itself to be bullied by the Western handlers of these puppets into offering concession after concession. The madness must stop. The MDC-T forfeited any rights that it had when it went under the cover of darkness and asked for sanctions.

It is on this basis that the MDC-T must not be allowed onto the state media. If they want to advertise they can do so on CNN or on the BBC and speak directly to their British and American constituents. It would be grossly negligent to allow people who campaigned for sanctions to destroy the economy to then complete their assignment on television under the guise of democracy.Advertisement

I do not care if people call this a hard-line position. It is merely the common sense that we had suspended in an effort to appease Tsvangirai’s handlers who were holding the country to ransom through their illegal sanctions. Nowhere else on earth would an opposition candidate get away so lightly after engaging in such treasonous behaviour.
Will the real hardliners please stand up?
Amai Jukwa is a loving mother of three. She respects Robert Mugabe, is amused by Tsvangirai and feels sorry for Mutambara