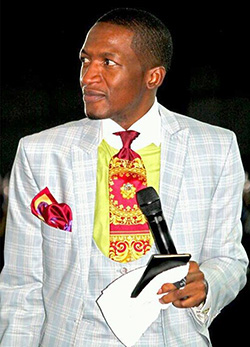 IN the past couple of months it has become somewhat fashionable to not only trash the Prophets of God but, somehow, try every means possible to extort money from them by threatening to disclose alleged affairs or scandals aimed at tarnishing and bringing their good names into disrepute.
Some Zimbabweans have a very cruel way of responding to the success of others but prophets, pastors, bishops, as a matter of fact all clergyman, are human beings too, who have the same rights as everyone else to become successful materially, financially and otherwise.
It has become commonplace for those who are not even members of the so-called “prosperity gospel churches” to complain about the wealth of ‘this or that’ Pastor and accuse ‘this and that’ Prophet of stealing money, misusing church money and all sorts of mambo-jambo.
But having accused these Prophets for years and realising that none of the accusations and allegations were finding traction, the accusers have turned to a more sick and disgusting habit of trying to extort money from the prophets by allegations of illicit affairs, like the case brought against Prophet Magaya, where he was being sued for about Half a million USD by a certain man who accused him of having an affair with his wife.
Zimbabwean newspapers have been awash with accusations upon accusation, on these men of God. Some of these accusations are just ridiculous. One story that has been regurgitated by online publications for over two years is that two of the most flamboyant prophets of modern day Zimbabwe, Prophet Makandiwa and Prophet Angel were soon to be exposed by a group of Pastors from Sekondi-Takoradi Ghana.
The Ghanaians are claimed to have a dossier of evidence proving that “these men were using dangerous voodoo and occult powers to lure and entrap gullible worshippers”, allegations clearly designed to damage the images of these upright and honest men of God.  The story also claims that hundreds of clergy from across Africa have consulted this voodoo man but again this is just supposition and the evidence of the truthfulness of these allegations is zero.
Anyone who has been to any of the churches led by these prophets will attest to the fact that what they teach are simply biblical truths.  They practice a very practical gospel and they are indeed truly blessed financially.Advertisement

Now the funny thing about the Ghana story is that the said group of pastors have been planning to go and present the information/evidence to the President of Zimbabwe (Robert Mugabe). It is then hoped that the president of Zimbabwe would instruct the shutdown of United Family International (UFIC) and Spirit Embassy. Isn’t it just amazing how people find it easy to believe such nonsense yet denying the hand of God upon these men?
The accusations have to come with evidence otherwise the accusers must just stop hating and be best advised to shut up till they have proof of what they speak of and the accusations they make. The founder of Spirit Embassy, the firebrand prophet that is Uebert Angel has been accused of a whole range of things from impregnating someone and then apparently shipping the pregnant women to Germany.
Such ridiculous and ludicrous allegations against the men of God should be challenged by the media that reports on these fabrications.  Why report on such issues and yet fail to adduce a single iota of evidence to validate the claims.
I respect the fact that prophet Uebert Angel and those at his church have not responded to these frivolous and lousy allegations and indeed they should never waste their time responding to these frog calls, least they muddy themselves with mud from-whence the frogs call.
Prophet Angel was in Zimbabwe at President Mugabe’s birthday and even spoke there. I understand that he was personally invited by the First Family to come and speak at this function and he travelled from his place of residence in the UK.
However, Zimbabwe being the place where rumours run faster than light, the rumour mill has spun a multitude of stories as to why Prophet Angel has not been to Zimbabwe since his appearance at the President’s birthday.
It must be difficult for this Ghanaian delegation led by one Lawrence Ajoba to get to Zimbabwe. Maybe this is because the so-called evidence does not exist. This delegation from Sekondi-Takoradi is still on its way to Zimbabwe 3 years on.  Meanwhile Prophet Makandiwa and his church UFIC continues to grow and Prophet Angel also has not stopped working to forward the work of God internationally.
Our media loves to bash the men of God, particularly the flamboyant prophets; the question is why? Why do these Zimbabwean media houses run such stories without first verifying the facts? Maybe the example set by Uebert Angel when he sued South African media company SuperSport over an article published on the firm’s website predicting Liverpool FC as winners of the 2013 English Premiership League, a prophesy that he never made, should be the same fire brought upon these online-publications that seem to publish libellous material with such impunity and disdain for journalistic principles and standards.
Evidence must speak and all this hating must stop or shut up!