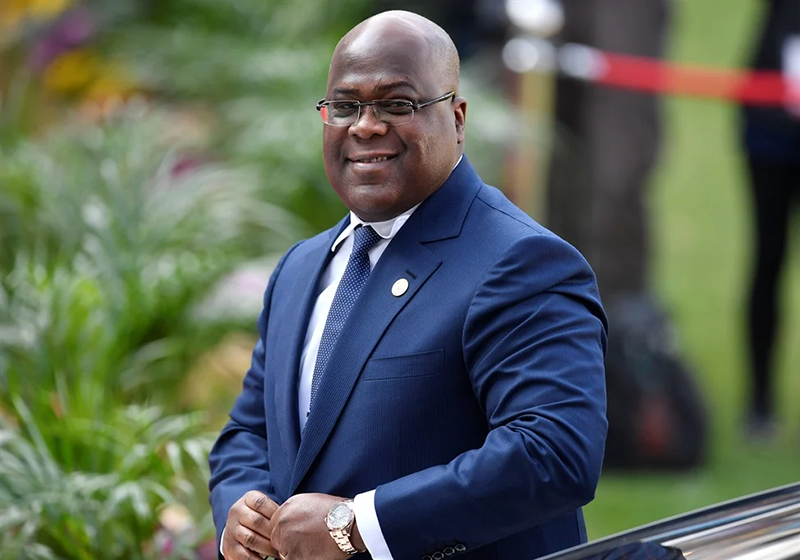 “Despite my goodwill and the Congolese people’s outstretched hand for peace, some of our neighbours find no way to thank us other than supporting armed groups in the east of the Democratic Republic of Congo,” Tshisekedi said in a speech to the General Assembly.

“This is currently the case with Rwanda which, in defiance of international law and the UN Charter… once more committed aggression in March with direct incursions by its armed forces into the Democratic Republic of Congo,” he said.

Tshisekedi said that Rwanda has provided “massive support both in war materiel and troops” to M23, which has been increasingly active in eastern border areas and which he brands a “terrorist group”.

He accused the Rwandan military of supporting the M23 in shooting down a UN peacekeeping helicopter in March in which eight people died – six Pakistanis, a Russian and a Serb.

The group has previously denied the charge and the UN has stopped short of blaming the rebels, while voicing alarm at the group’s resurgence.

Rwanda’s involvement and responsibility is no longer debatable in the tragedy that my nation and compatriots are living through in zones occupied by the Rwandan army and their M23 allies.

The eastern stretch of the vast nation has been beset by violence for nearly 30 years with numerous armed groups active.

The M23, a mostly Tutsi force that had been defeated in 2013, took up arms again late in 2021 as it accused the Kinshasa government of not respecting an agreement on demobilising and reintegrating combatants.

A UN report seen last month by AFP found that the Rwandan military intervened against Congolese positions from November through June.

US Secretary of State Antony Blinken on a visit in August to Kinshasa also said there were “credible” reports of Rwandan involvement.

Rwanda, where memories of the 1994 genocide against Tutsis remain vivid, has denied the charges and vowed to defend its territory.

President Paul Kagame is due to speak at the UN on Wednesday.