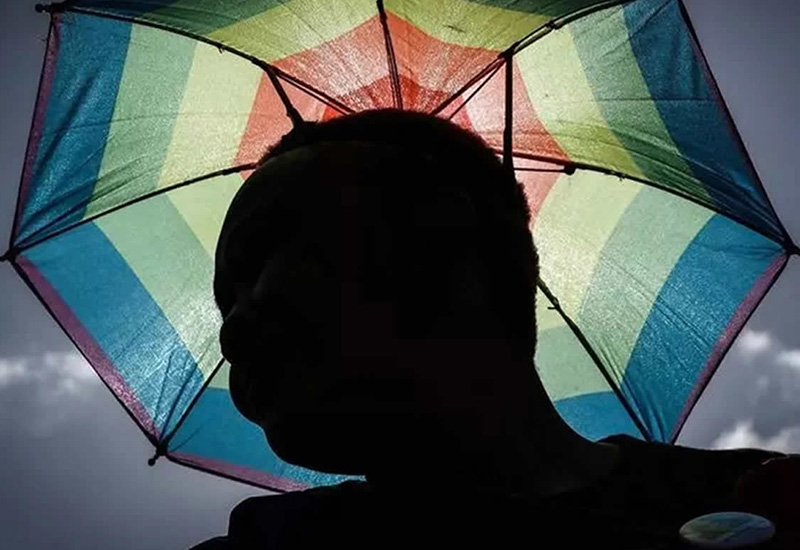 “I feared for their life, I knew the neighbourhood we lived in was not the safest and what made it worse was that even after accepting it, I could do nothing about how the outside world handled it,” said Stella Makunike*, mother to Tanaka* who identifies as gay.

Stella’s worry is not unique, in a Zimbabwean community that ‘prides’ itself for being conservative, rarely talks of anyone’s sexuality and is in its early stages of accepting personal choices regards sexual orientation.

She is part of the parents, friends and allies (PFLAG) movement, a support system for members of the LGBTQI community.

An investigation by NewZimbabwe.com revealed considerable levels of abuse faced by PFLAG for their tolerance, with some resigned to being labeled, given derogatory names, excluded from religious and economic activities; and even family.

For Tanaka’s choice, Stella faced discrimination from their family and excommunication from her apostolic sect which first offered to pray-out the demon.

Stella told this publication that, at some point, she considered having them visit one of Zimbabwe’s white garment sects for prayers but eventually realised doing so could result in her losing her daughter.

“Although we appreciate it, a lot of focus is on how our children are handling the different scenarios they come across in Zimbabwe rather than what their guardians, family or any other people near them are doing,” said Stella, a widower who said she has had to develop a thick skin.

“I was kindly asked not to come back to church after I refused to have them pray for Tanaka. Someone had told our prophet of their sexual orientation and up to now I do not know where they had gotten it from since Tanaka only came out after the church incident.

“Within a month, my own family sat over the matter and ordered me to find help for Tanaka as soon as possible as ‘he was the first in our family to ever be gay,” according to one of my uncles.

Stella told this publication that she has, however, learnt to live with the name calling, staring eyes and opinionated family members.

“Religious and cultural exclusion was experienced similarly across all three countries, whilst societal exclusion was higher in Zimbabwe and Malawi,” reads From The Inside Out, a research by Out and Proud on social exclusion of LGBTIQ+ communities and those friendly to them.

It was conducted in three Southern Africa countries, Zimbabwe, Malawi and eSwatini.

Despite renewed hope in 2017, no political leader, since late President Robert Mugabe lashed out at them in 1995, has had the courage to come out in support or against their communities.

Knowing how society is judgemental and abusive to the LGBTQI+ community and their families, Chipo* said she tried convincing her lesbian sibling, Rowdy, not to publicise her sexual orientation in fear their mother would die.

Rowdy, who according to Chipo had already been suffering name-calling in their  suburb, had been considering coming out to her family. Chipo said she knew what would follow and only tried to protect her family from the onslaught that would follow fro family, friends and neighbours.

“I told them not to tell our mother, I remember saying if she did, our mother would not survive the news, she would probably die. That was my worst fear and I actually thought it would take her to her grave,” said Chipo.

“It took a lot of time for me to accept that this is how she is and this is the way she wanted to live her life.

“Society is the first to know what will be going on, they would say things but you would never think about it when it was directed at your sister. Because of the way she would dress and walk, she would be called Tsano (Uncle).

“I do not think our parents have come to terms with it; it is something they cannot do anything about. I was scared for my mother but she is managing, our father insists that they are indeed evil spirits haunting her and she should go to church for prayers, kunoshandirwa.”

Spaces to discuss these issues are slowly coming up, with the most common being Gays and Lesbians Association of Zimbabwe’s (GALZ) PFLAG platform.

A few other parents, with questions about their children’s sexuality or suspecting they could be part of the community, have also been assisted.

Counselling Psychologist and Programme Head for Psycho-Social Support at GALZ, Grace Badza said she had realised that most of the affected parents just needed someone to talk to as a starting point to normalising that which they think is not.

“Parents are usually in shock and denial after their child discloses their sexuality; they need someone to talk to and here we get to discuss their fears. They worry about what society will say about their child because human sexuality is something that is never discussed in the African, religious and cultural context,” said Badza.

“It is in therapy that they will tell you a lot about their child; how they liked wearing pink clothes or playing with dolls.

“These are some of the issues we come across; we then work as PFLAG to support them so that they are able to navigate and support their child. Remember their child is also asking themselves why they are gay or lesbian.

“We have established a group on WhatsApp. We have some who come here where we say you are the mother, you bear the child, your womb does not discriminate.”

Those who fail to handle the matter end up disowning their children, added Badza.

According to a 2018 research by GALZ, 10% of Zimbabwe’s population is gay or lesbian, while as a result of pressures parents encounter after their children come out 64% men and 27% women are disowned.

Because of fears and risks associated with coming out, most members of the LGBTQI community prefer not being identified

The story is published with support from the Voluntary Media Council of Zimbabwe (VMCZ) Investigative Journalism Fund Programme.