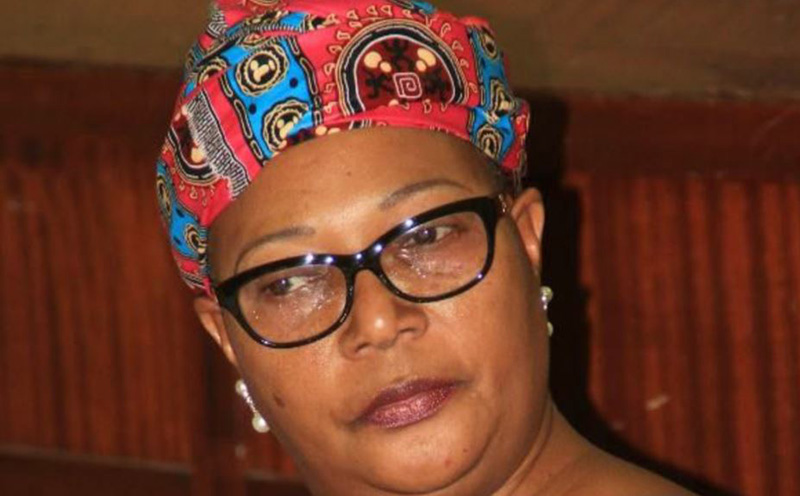 SINCE 2008 Zimbabwe has been holding harmonised elections whereby representatives of local authorities‚ parliament [National Assembly and Senate]‚ provincial councils and‚ most importantly‚ the presidency are elected.

The five-year cycle is around the corner and President Emmerson Mngangagwa is due to proclaim an election date within the next week or so.

It’s vaunted as the country’s most important election since independence in 1980 particularly because it will seek to endorse or discard “the new dispensation” that came into power through military intervention‚ seeing the fall of Robert Mugabe in November 2017.

With the election season in its home stretch‚ there has been a heightened electoral mode in the socio-economic as well as political environment.

To start with‚ had you been a tourist in Harare on Monday and stumbled upon a group of people chanting “hure‚ hure‚ hure”‚ know that they were calling a female presidential candidate a “prostitute” outside the High Court.

Dr Thokozani Khupe of the MDC-T is one of two visible female presidential aspirants – the other being Dr Joice Mujuru [interestingly it’s highly educated women at the forefront]. Mujuru was once branded a witch by political rivals.

The gender question is very evident in this upcoming election. There have been cases of “it’s them against us”.

MDC Alliance’s Priscilla Misihairabwi-Mushonga vowed to resist threats by the party’s top leadership to recall her from Parliament owing to allegations of her supporting expelled Dr Thokozani Khupe’s break-away faction. 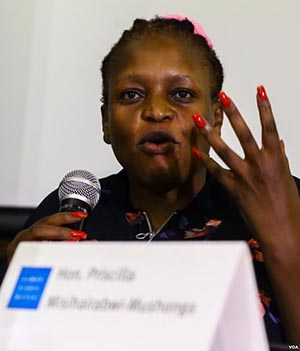 “I am chairperson of the Parliamentary Committee on Gender and Youth Affairs and‚ therefore‚ cannot be persecuted for attending a solidarity tea for a woman who is basically under siege from male chauvinists. I am a women’s activist and that defines who is. Nobody will take that away from me and not even a party can do that‚” she said.

There’s also the “woman versus woman” scenario like in the MDC led by Nelson Chamisa. The sitting member of parliament for Harare West‚ Jessie Majome‚ was elbowed out of contesting in the forthcoming election and replaced with Joana Mamombe‚ said to enjoy favour from the party leadership.

Majome will now seek to stand as an independent.

From time to time there have been women defying male dominance. In 1995 Margaret Dongo took on Mugabe and Zanu PF in a major victory for women in politics. Dongo goes down in history as having called Zanu-PF’s old guard “Mugabe’s wives” because they couldn’t stand up to him.

Political analysts such as Maxwell Saungweme have for some time maintained that most political parties have dictatorship tendencies internally.

That could not be far from the truth because primary elections have registered cases of rigging and violence.

Earlier this month‚ sitting Zanu-PF Mazowe West MP Kazembe Kazembe was implicated in violence that saw a 30-tonne truck and a Kombi belonging to his rival Tafadzwa Musarara damaged and a few casualties registered.

Another sitting MP‚ Dexter Nduna from Chegutu West‚ was gun toting outside a polling station earlier this month. His case is now before the courts.

On Monday a senior Zanu-PF politician Webster Shamu was exposed through video footage as having taken part in primary election rigging.

If you drive around and notice a series of makeshift shelters – mostly army green tents – those are polling stations. They have been erected for the smooth process of voter registration and confirmation whether correct details have been captured.

The Zimbabwe Electoral Commission (ZEC) this week entered the last phase of preparing the voters’ roll with registered voters now able to verify their details through their mobile phones.

“A total of 719‚387 registrants have checked their details using the USSD code during the past 4 days while 3‚256‚440 bulk SMSes were sent by ZEC to registrants who supplied their mobile numbers during registration‚” ZEC said in a statement.

With parties holding rallies week in‚ week out‚ bold‚ cheeky promises and declarations such as turning around the economy in a week and building millions of houses in a few years are being made.

But before the next party makes its own‚ it first ridicules what the other would have said.

“They think we are stupid. For me what they are doing is like lying to a girl they all want‚ in the process saying despicable stuff about each other. It’s hilarious and we wait for them to come with gifts [vote buying]. We will also accept T-shirts from every party‚ after all it’s winter. The more clothes we have‚ the better‚” said an airtime vendor.

The situation is harder for the ruling party Zanu-PF. Without Mugabe‚ many in opposition circles – and even within the party – feel that the party has lost its zing.

It’s government has so far felt brickbats from the civil service. Two strikes from medical practitioners and a threat from teachers is all it took for government workers to get a 15 percent salary increment.

Mnangagwa‚ speaking about the health workers’ situation‚ said they “got the best deal”.

It’s a matter of time before the world knows which politicians will get the best deals when Zimbabwe decides.