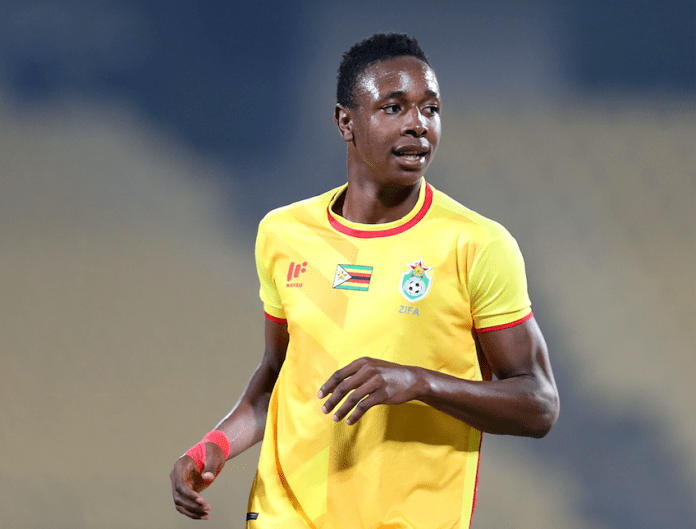 ZIMBABWE’S preparation for the international friendly match against Malawi has suffered another blow after in-form Tanzania-based forward Prince Dube became the latest high profile national player to be ruled out for the encounter scheduled to be played at the Kamuzu Stadium in Blantyre on Sunday.

The Warriors will already be without several European-based players for the crucial friendly match which coach Zdravko Logarusic will use to prepare for the resumption of action in the Africa Cup of Nations qualifiers with Zimbabwe to face Algeria home and away next month.

With local players currently inactive due to the Covid-19 pandemic and the conclusion of the South African Premiership early last month, Logarusic had targeted to select a squad dominated by European-based players who have been playing competitive football after their respective leagues resumed recently. The Croat will however have to revise his plans after several withdrawals.

France-based forward Tino Kadewere heads the long list of absentees after his name was not on the list of players confirmed by his club – Lyon – that have been called up for international duty during the FIFA international break.

Nottingham Forest defender Tendayi Darikwa and Queens Park Rangers striker Macauley Bonne are said to be among those that have excused themselves while the duo of Orlando Pirates forward Terrence Dzvukamanja and Spain-based goalkeeper Martin Mapisa are doubtful.

In the absence of Kadewere and Bonne, Warriors coach Logarusic would have hoped to count on Dube, who has been scoring for fun since his recent move to Tanzania.

Dube will however not be available for selection after being ruled out of the Warriors friendly match against Malawi on Sunday due to a hamstring injury.

In a letter sent to ZIFA by his club, Azam’s team doctor Mwanandi Mwankemwa, Dube is said to have suffered injury on his left hamstring is his team’s 4-2 win over Kagera Sugar at home on Sunday.

The former Highlanders forward has been given one week to rest before he resumes light training. Mwankemwa suggested that Dube be left out of the Warriors squad because of the injury.

“Please refer to the above mentioned who is our player, sustained injury of left hamstring muscle (posterior aspect of left thigh) in a league match. He is on medication, and he has been given one week rest then resume small exercises and physiotherapy. So I hereby recommend not to join your team on medical grounds,” wrote Mwankemwa in the letter seen by NewZimbabwe.com.

Dube has been enjoying a flying start at Tanzanian side Azam after scoring five goals and providing two assists in his first five matches and would have been eager to carry on with that form in Warriors colours.

With several players expected to be missing in action, the backbone of the Warriors side is set to include the likes of skipper Knowledge Musona, Marshal Munetsi, Alec Mudimu, Teenage Hadebe, Khama Billiat and Marvelous Nakamba.

The Warriors players are expected to fly directly to Blantyre on Friday. They will have a training session on Saturday before facing the Flames on Sunday at the Kamuzu Stadium.

ZIFA is still awaiting government approval to make the trip to Malawi.