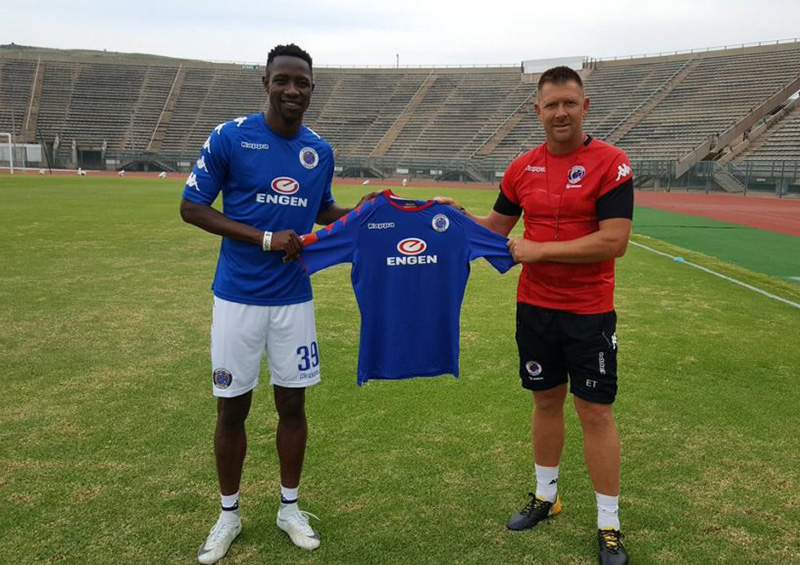 ZIMBABWE international striker Evans Rusike is delighted to have found his scoring boots after a brilliant run of form with three goals in four league and cup games for South African premiership side SuperSport United since the start of the 2018-2019 season early this month.

The former Hwange player endured a difficult start to life at Supersport United last season, scoring just once in 12 matches after his January move from fellow South African side Maritzburg United, where he scored eight goals in 19 games.

Rusike, who recently earned a call up to the Zimbabwe national squad for the upcoming 2019 Africa Cup of Nations qualifiers, has however hit the ground running in the new campaign and on Saturday notched his third goal of the new season in a 1-0 win over Bidvest Wits.

“I think I have had a good pre-season. This all gives me confidence going into the next game (an MTN8 first leg semifinal at home against Kaizer Chiefs). I got to know my teammates better during pre-season, which is helpful in any team. It is different when you come in during the window period and everyone is expecting results.”

Rusike also spoke about his slow start at his new club following his high profile transfer from Maritzburg.

“I arrived when the team was struggling a bit,” said Rusike.

“But you just have to work your socks off to get the results. It’s nice now to finally be scoring. My job is to score. If you are getting goals in every game you just thank God for that. This time we are in this (race) to go all the way.”

“That’s what we expect from him.

“He’s a very important player for us‚” Tembo‚ the accomplished former United and Zimbabwe centreback‚ said of his young charge and countryman Rusike.

“He struggled a little bit when he joined us because he needed time as well to try and adjust to the environment‚ to our structure and to our way of playing.

“But now you can see – he knows what we expect from him and he’s starting to deliver.”

After his match winning display against Wits, Rusike will yet again be expected to lead from the front during SuperSport’s first leg of their MTN8 semifinal against Kaizer Chiefs at Lucas Moripe Stadium on Saturday.