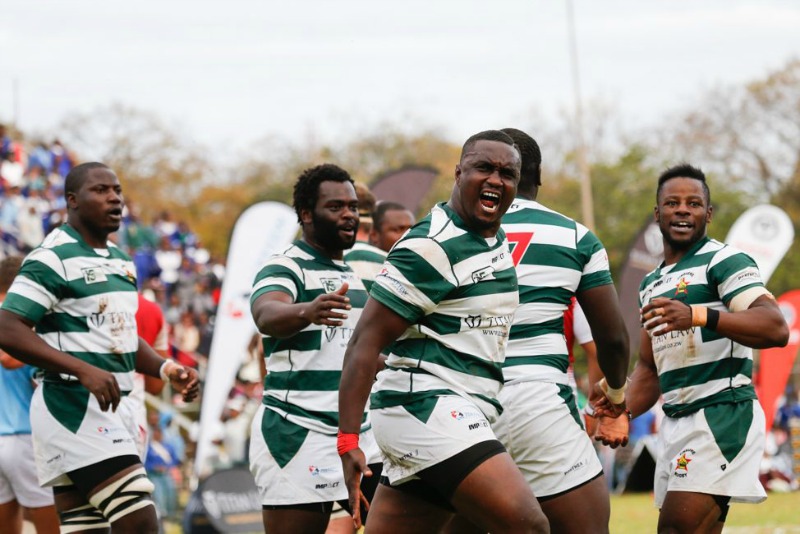 ZIMBABWE continue to make significant strides on the World Rugby rankings, with the Sables moving a further two places up the latest global standings from 35th to 33rd.

This follows their hard fought 30-29 triumph over Kenya in a Victoria Cup fixture played at Hartsfield Rugby Ground on Saturday.

The victory over the Kenyans, who remain in position 32, was the Sables’ third win in as many matches, four-nation Victoria Cup competition.

Zimbabwe are now the fourth best ranked African side behind South Africa (4), Namibia (23) and Kenya (32) but can overtake the latter if they managed to secure another victory when the two sides face off in the reverse fixture in Nairobi later in the month.

New Zealand’s All Blacks remain the number one team in the world followed by Wales while Ireland is ranked third.

Zimbabwe are among the biggest climbers on the World Rugby rankings with USA, who also rose two spots from 15th to 13th.

The Sables, who are now under the tutelage of former national team captain and coach Brendan Dawson kicked off their Victoria Cup campaign with 39-10 victory over Zambia at Harare Sports Club on July 13.

Dawson’s charges then grinded out a hard fought 31-26 triumph over Uganda in their second fixture played at Legends Rugby Club in Kampala on July 27 before their win against the Kenyans last weekend.

The Sables, who started the season ranked 36th after a dismal season under former Springboks coach Peter de Villiers, who only managed to record one win out of his five matches in charge in last year’s Africa Cup.

Zimbabwe however seem to have rediscovered their form under Dawson, who is in his second stint as Sables coach after taking the national rugby side to the brink of 2015 World Cup qualification in addition to sharply improving the team’s world rankings during his tenure as head coach between 2007 and 2014.

Under Dawson, Zimbabwe missed out on qualification for the 2015 World Cup by a mere bonus point, after which the ex-Sables skipper ended his seven-year reign as the country’s coach.