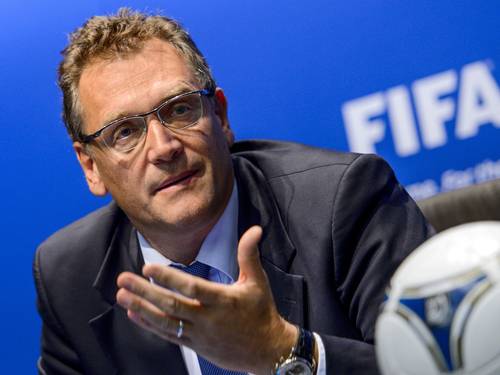 WITH Sepp Blatter suspended, the top job at FIFA falls automatically to Issa Hayatou, the son of a sultan from northern Cameroon who has ruled African soccer for 27 years.
FIFA said Thursday that Hayatou’s status as the body’s senior vice president elevates him to acting president during Blatter’s 90-day suspension.
But he comes with his own set of baggage, including previous corruption allegations and a reprimand by the International Olympic Committee.
The 69-year-old Hayatou also has health issues, managing a serious kidney illness that requires regular dialysis sessions.
After being confirmed as acting president, Hayatou was quick to say he will not seek the job permanently, but pledged to “dedicate my best efforts to the organisation.”
“FIFA remains committed to the reform process, which is critical to reclaiming public trust,” Hayatou said in a statement issued by the governing body.
“We will also continue to cooperate fully with authorities and follow the internal investigation wherever it leads.”
Hayatou is currently in Cameroon and is expected to travel to Zurich immediately.