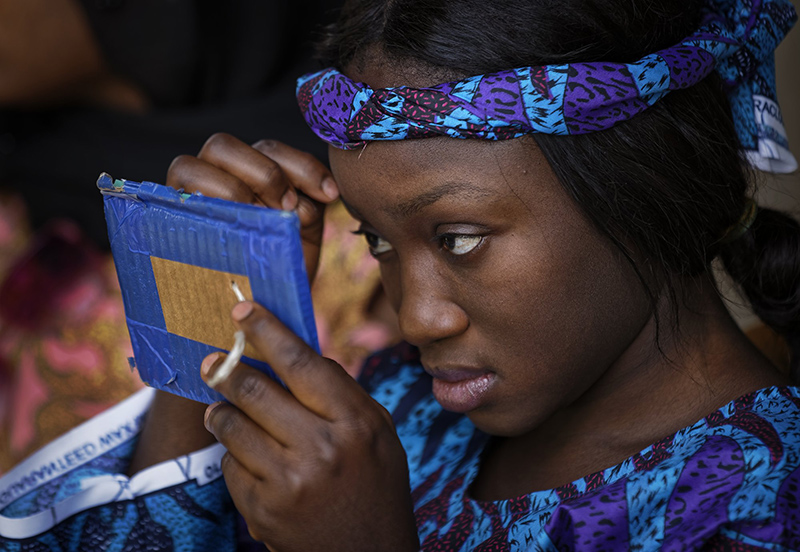 KANO: As emergencies go, it has a catchy tune. Faced with a Nigerian election that could spiral into violence, some in the popular film industry known as Kannywood gathered this week to shoot an urgent music video appealing for peace.

On an impromptu set outside the northern city of Kano, young women bickered between takes but at “Rolling!” smiled and swiveled in unison as male dancers sashayed by. While a drone camera buzzed overhead, a singer gestured and lip-synced a plea for Africa’s largest democracy to keep its cool.

“We are killing our children because of political violence,” the song said in the local Hausa language. “Go and cast your vote. Nigeria is a united country.”

Within hours, the video was edited and blasted across social media for Nigeria’s 190 million people and a vast diaspora that enjoys products from the homegrown film industry Nollywood — considered the world’s third-largest behind Hollywood and Bollywood — and Kannywood, its northern wing, named for its location in Kano.

The video also will appear in DVD markets dedicated to Hausa-language films, where despite a conservative Muslim culture the industry explores sensitive issues such as child marriage via family dramas, sometimes with a dash of song-and-dance.

Deploying film stars to call for calm follows weeks of TV ads and T-shirts urging Nigerians in widely spoken pidgin English to “Vote Not Fight: Election no be war.” The last-minute delay of the vote until Saturday, however, has sharpened some tempers.

“This song is a message to all the people, all women, men, our young,” 25-year-old actress Fatima Issah told The Associated Press, a gold tooth flashing through her smile.

Election violence in Nigeria can be devastating, with more than 800 people killed in 2011. While the 2015 election was one of the country’s most peaceful, tensions are rising again.

President Muhammadu Buhari appears to be in a close race with Atiku Abubakar, a billionaire former vice president. Both sides accuse each other of cheating. Electoral offices have been burned. The president this week threatened death to anyone who rigs the vote.

Meanwhile, the country’s fault lines groan. Violence by Islamic extremists in the northeast and between farmers and Hausa-speaking Fulani herders in the central region has flared, with dozens killed last week alone.

While some Kannywood players are recruited by politicians to make praise-filled campaign videos for millions of naira apiece, the director of this week’s appeal, Abdulaziz Usman, said he volunteered this time.

He was happy with how the performance turned out, he said, after barking at wayward crew members in Hausa with the occasional English phrase: “Sound!” or “Oh my God.”

Operating the drone camera, a new addition to Kannywood culture, was the chairman of the film association in Kano, Nigeria’s second-largest city and the heart of the Hausa-language scene.

Jamilu Dakan Daka said the industry benefits thousands of local people, easing its acceptance in the face of shariah law that has threatened Kannywood’s existence over the years.

The industry’s artists are in demand around elections to help appeal to the masses during the turbulent season marked by vote-buying and thuggery. “If you destroy something in your country, you destroy yourself,” he said.

As he spoke, the dancers assembled to shoot another quick-fire political video, this one to be kept under wraps at the film censor board until election results are announced.

Nigerians will hear the song only if Buhari wins a second term. If he doesn’t, a local television report already has shown some people leaving Kano for fear of violence.