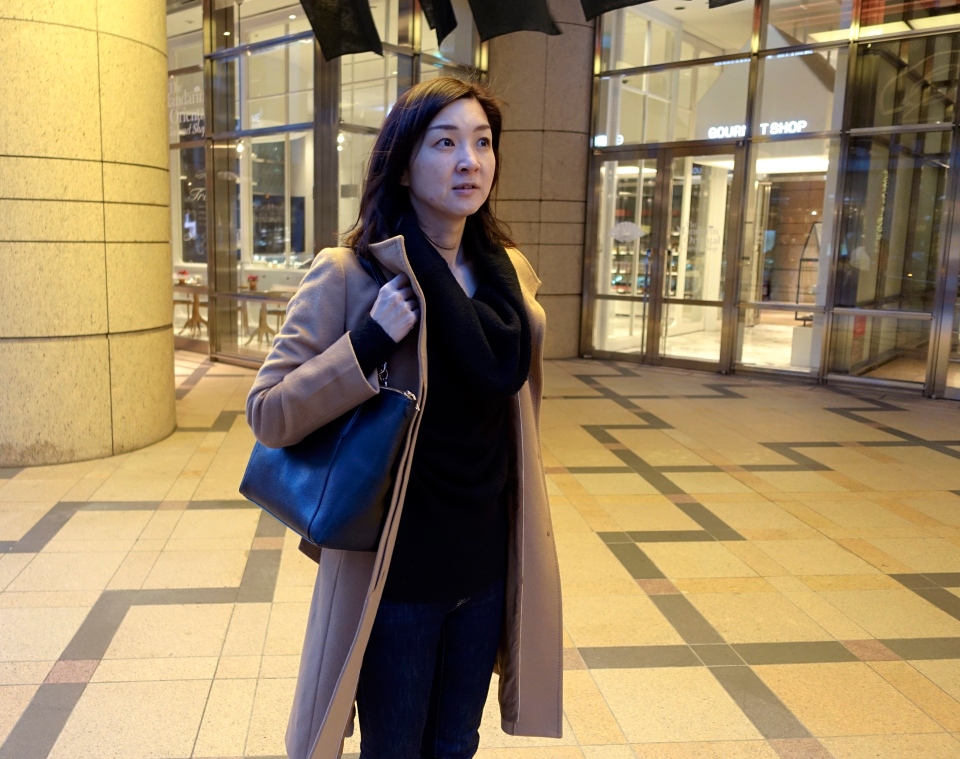 TOKYO: Japanese women who say “Me too” do so at their own risk.

Online comments accused Rika Shiiki of lying and being a publicity hound when she tweeted that she lost business contracts after refusing to have sex with clients. Some said that by agreeing to dine with a man, she led him on.

“The comments I received were disproportionately negative,” the 20-year-old university student and entrepreneur told a TV talk show in December. “We need to create a society where we can speak up. Otherwise sexual harassment and other misconduct will persist forever.”

The #MeToo movement has not caught on in Japan, where speaking out often draws criticism rather than sympathy, even from other women.

In a patriarchal society where women have long taken the blame, many victims try to forget attacks and harassment instead of seeking support and justice, said Mari Miura, a political science professor at Sophia University in Tokyo.

“Japan lacks such a sisterhood,” she said. “It’s an exhausting and intimidating process. … It’s quite natural that victims feel reluctant to speak up.”

One woman, journalist Shiori Ito, went public last year. She held a news conference after prosecutors decided not to press charges against a prominent TV newsman whom she had accused of raping her after he invited her to discuss job opportunities over dinner and drinks in 2015.

Many online comments criticized her for speaking out, looking too seductive and ruining the life of a prominent figure. Some women called her an embarrassment, she told The Associated Press.

The October release of Ito’s book “Blackbox” detailing her ordeal came as the #MeToo phenomenon was making headlines in America. It prompted some discussion in Japan, but only a handful of other women came forward.

“Many people think Shiori’s problem has nothing to do with them … and that’s why #MeToo isn’t growing in Japan,” said lawyer Yukiko Tsunoda, an expert on sex crimes. In Japan, sexually assaulted women are traditionally called “the flawed,” she said.

Nearly three quarters of rape victims said they had never told anyone, and just over 4 percent had gone to police, according to a 2015 government survey. The study found that one in 15 Japanese women had been raped or forced to have sex.

Victims often shy away from going to court out of fear, privacy concerns or losing jobs, Tsunoda said.

Justice Ministry statistics show only one-third of rape cases go to court, and punishment is not severe. Of the 1,678 people tried for sexual assault in 2017, only 285, or 17 percent, were sentenced to prison for three years or longer. In November, Yokohama prosecutors, without saying why, dropped the case against six students from a leading university who had been arrested for the alleged gang-rape of a teenage female student after getting her drunk. The university expelled three of them.

Popular writer Haruka Ito, who goes by the pen name Ha-Chu, was criticized after revealing in December that she had faced sexual and other harassment by a senior male employee when both worked at Dentsu, Japan’s largest advertising agency.

The alleged harasser, whom she identified by name, apologized in a statement and quit as head of his own company, though he denied the harassment was sexual.

Ha-chu said in a statement that she initially tried to endure and forget the ordeal, fearing that exposing it would hurt her image and cause problems for her former colleagues. After news of the journalist Ito’s case and the #MeToo movement, “I decided to speak out,” she said.

Conformist pressure in Japan discourages women from speaking out or saying “no” to many things, including unwanted sex, said Saori Ikeuchi, a former lawmaker and gender diversity activist.

That mindset has silenced virtually all of Japan’s so-called “comfort women,” who were sexually abused as prostitutes for the wartime military, while Japan has shown little sympathy to victims from Korea and elsewhere, she said.

Ito, the journalist, said that after she became dizzy and passed out in a restroom, her alleged attacker, Noriyuki Yamaguchi, took her to his hotel room and raped her while she was incapacitated.

The alleged assault was just the beginning of her ordeal, Ito said. The women’s clinic she visited the next day lacked expertise on rape, and a rape victim support center refused to give her advice on the phone. Police required her to recount the ordeal repeatedly and to demonstrate it with a life-sized doll, she said.

Ito said it took three weeks to get police to accept her criminal complaint and start investigating. She held a news conference in May, announcing that she had requested a court-appointed citizens’ panel to review the decision to drop the case. The inquest in September agreed with the decision not to indict.

Yamaguchi has denied any wrongdoing in published articles and on Facebook. Ito has filed a civil lawsuit against him, demanding 10 million yen ($93,000) in compensation for her suffering from the alleged rape, and seeking any clues as to why he was let go and never arrested.

“I thought about how I could change the situation, and I had no choice but to speak out about my experience,” she said.

A group of opposition lawmakers has started its own investigation, seeking to find if the charges were dropped because of Yamaguchi’s connections to powerful political officials.

National Police Agency official Junichiro Kan told the lawmakers at a recent hearing that Ito’s case was properly handled. Police say they have tried to be more sensitive to the feelings of victims while guarding against wrongful accusations.

Mika Kobayashi, a rape victim, runs a self-help group that has exchanged thousands of #MeToo experiences, but only anonymously among themselves.

She said she was pushed into a car and raped on her way home in 2000. She reported the attack to police, but the attacker hasn’t been found. She has since published books about her recovery from the ordeal, to raise public awareness.

Her focus is on providing support and understanding for victims, rather than being an activist.

“I used to think of myself as someone hiding a big secret, a sex assault victim and unclean,” she said. “I’m so grateful I could connect with fellow victims. They gave me strength.”

The knowledge that others also blamed themselves and lost self-esteem has helped her to heal slowly, Kobayashi said.

“I think it’s also OK not to speak up,” she said. “I respect any decision that makes a victim feel most comfortable.”