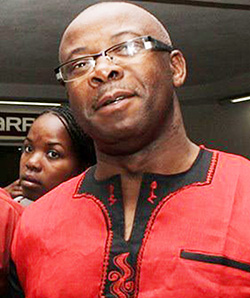 THE inaugural edition of the Wene Music Awards, which had been billed for the end of this month, have been postponed due to clashing dates with the returning Zimbabwe Music Awards.
The awards which bounced back this year after a long hiatus, were initially meant to be held on October 3 but the organisers released a statement announcing that the event had been moved forward due to “some logistical challenges which have resulted in delays in the show production.”
However, the organisers chose a day which had already been booked by the ZIMA awards, presenting more logistical challenges and confusion among stakeholders and musicians.
Daves Guzha, the proprietor of Rooftop Promotions who are organising the WENEs told NewZimbabwe.com in an interview that they have decided to postpone their event to pave way for ZIMA.
“Rooftop Promotions the incubators of Wene Music Awards would like to communicate to all those who are involved in the music industry that it has moved its inaugural Wene Music Awards ceremony which was supposed to take place on the 29th October 2014 to a later date.
“This position necessitated by the need to pave way for the ZIMA Music Awards to be held on the 29th of this month,” Guzha said.
He added: “Wene music and  ZIMA are meant to complement each in the music awards ceremonies for the benefit of everyone involved and our position has been has been communicated officially to the organiser of ZIMA Music Awards.”
Indications are that the inaugural Wene awards will now be held early next year, joining the National Arts Merits Awards (NAMA) which are traditionally held in February.
When Rooftop Promotions announced early in the year that they were setting up new music awards, the ZIMA licence holders also announced that they were resurrecting their awards.
Guzha dispelled reports that they were in direct competition with ZIMA, insisting that both events will serve to enhance the music industry.
“The Wene Board of Adjudicators and its secretariat feels ZIMA awards and any other that are in the arts industry is they to promote the growth of the music industry in the country.
“Wene is open to any advice from anyone who has been involved in the preparation of awards ceremonies so that we share our experience and produce a world class event that everyone looks forward to.Advertisement

“We are moving our ceremony to a date yet to be announced having given the ZIMA music awards winners time to celebrate their awards with their fans in various parts of the country,” Guzha said.
Meanwhile, Rooftop Promotions revealed that they have started the construction of their 500-seater Theatre in the Park venue at the Harare Gardens.
“The world class venue will also be used as the awards ceremony reception as it will match the standards that have been planned for such an event,” said Guzha.