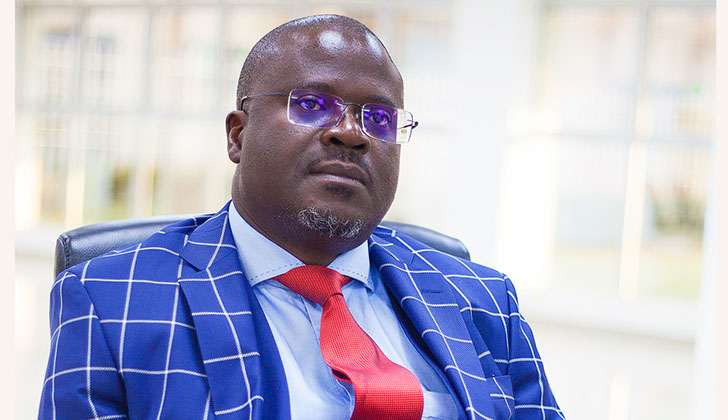 PRETORIA: Justice Maphosa is, without a doubt, business’ next biggest thing in southern Africa.

He seems to believe “It is best to climb on the back of an elephant when it is on its knees, for when the elephant rises, it must rise with you on its back” and has poured millions of dollars into the Zimbabwe economy.

A philanthropist of note, Maphosa has given away millions of dollars in scholarships to poor South African students.

NewZimbabwe.com caught up with Maphosa, who recounted his humble beginnings, mused on his relationship with President Emmerson Mnangagwa, and talked about his philanthropic activities among other issues.

You are one of the most successful and recognisable business leaders in the region today. But what’s the background story of Justice Maphosa?

I grew up in a family that could barely make ends meet and that drove me into doing menial jobs too early. I remember that after I accumulated sufficient funds from doing menial jobs, I bought a second-hand camera and used it to take photographs of schoolmates. From the proceeds, I helped my parents sustain the home. In 1998, together with a friend, we established a company, Computer Inc. and Media Solutions that recycled printer ink cartridges for re-sale, stationery and other IT consumables. We were doing well and also sold to government departments in large quantities. I then established Big Time Strategic Consultants in 2007.

What new business territories are you venturing into in Zimbabwe?

We have targeted the financial services sector, the agricultural sector, insurance services, the transport sector, logistics, events management and health due to the nature of our business and the current needs of Zimbabwe. We believe Zimbabwe is in dire need of financial solutions that are geared towards an all-inclusive economy where-in everyone participates. Our country is lagging behind by so many years when it comes to infrastructural development and technology.

What impact do you expect to make on the Zimbabwean economy with your investments?

I appreciate the fact that the rebuilding of our economy cannot be entirely left to government. As business, we will have to play a major role to reduce poverty and promote inclusive growth because delegating that task to foreign investors would be detrimental. Our businesses can contribute towards driving economic development. We will create employment, which will contribute towards bridging the unemployment gap. The ability to turn ideas into new products and services that people need is the fount of prosperity for any developing country. Economic growth, generally speaking, is driven by new technologies and their creative applications. Zimbabwe definitely needs this and that is what Big Time brings. As a business, we believe that Zimbabwe could also benefit from opportunities in the emerging digital economy, but again, this will mean prioritising and maintaining investments in bureaucracy and infrastructure. We see opportunities in this space. We know that all this will require huge sums of money, which the government may not have at the moment. This is where our brothers in diaspora need to do much and invest in their own economies at such a time as this.

Why did you host President Mnangagwa when he fled Zimbabwe following his axing from government?

It’s not me. I’m a believer of the Gospel of Jesus Christ, I believe God takes us through seasons. There is nothing I did. God positioned me to be there at the right time, to receive the call from the President. I was in my house sleeping, I got a call from the President. His message was simple “my brother I have a crisis, come and pick me up”. I simple said to him “give me the time and the date, I’ll come fetch you”.

Where do you see the Zimbabwe economy going under President Mnangagwa’s leadership?

We are confident that President Mnangagwa is championing the cause for a new Zimbabwe that is thriving, working and solving its problems internally. Under him, we foresee a Zimbabwe that is not a sorry state raising its hands for handouts, a Zimbabwe we would be proud of someday. We support his views around what the new Zimbabwe should be and what our economy should look like. We also support his views around agriculture as a strong backbone of the economy. Our view is the same as his. And it is that we must make agriculture work.

At this stage, what should be done to speed up the revival of the Zimbabwean economy?

Our view is that we should assist our government to unlock investments. With natural resources and a relatively literate population, Zimbabwe is well-placed to attract a large share of the investment being funnelled through South Africa into the rest of the continent. To start reducing poverty, we the people of Zimbabwe, and our government need to get the agricultural sector working again. When agriculture does well in Zimbabwe, the knock-on effect would be remarkable. It will not only raise rural incomes, which will reduce poverty, but it will also create more manufacturing jobs in the cities and small towns as the “agriculture-induced” demand for goods and services rises. It will also expand the tax base and enable Zimbabweans sitting on productive assets to contribute to building the economy. The good news is that, while other sectors of the economy will take more time to develop, this is one area that can provide some quick returns. The country’s mining industry has already proven its capacity to attract investment, provided global commodity prices recover as expected.

There were reports recently of your businesses evading tax in South Africa. Are you flouting the tax laws of South Africa?

In 2010, we had our own brushes with the law, which we took as a learning curve. It came as a surprise when we saw the same story regurgitated earlier this month. Our accountants made a big mistake and were fired for that. I took the full blame for it and we were punished for it. However, the reports won’t deter us. We know why these things are being done. We will focus on our core business and assist in growing the economy of our country, create the much-needed jobs, give hope to our children and offer them bursaries, and make Zimbabwe a great country to live in.

You’ve given millions of dollars in charitable donations in South Africa and Zimbabwe through your company. Why do you feel it is important for the business community to be more philanthropic?

It’s quite simple for me. When dinner is served in my house, I want to eat with a clear conscience. I’d like to go to bed knowing that I’ve fed 1,000 children today and produced 100 university graduates. I am where I am today because of the blessing of God over my life. All I have is not just for me, but I believe I’m merely a vessel or channel that God uses to empower other people. My utmost desire is always to liberate the black child. In South Africa, I’ve taken two schools under my wing – in Alexandra, Johannesburg, and in Misty Mount village near Mthatha in the Eastern Cape – to help pupils there get the best education possible. In Eastern Cape, we have promised to make this broken-down school a centre of excellence. We’re funding the salaries of seven teachers, a school feeding scheme, bus transport and uniforms and shoes. We also provide bursaries for tertiary students, 11 of whom have graduated so far. In Gwanda, Zimbabwe, we recently gave a full scholarship to a 19-year-old girl who wanted to train to become a pilot but her parents were unable to fund her studies. We paid R500;000 for the two-year course.