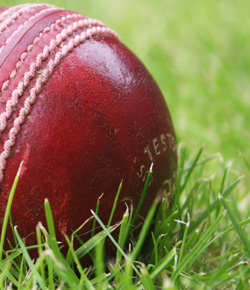 LEG-SPINNER Amit Mishra’s six-wicket haul took India to a comprehensive one-day series whitewash against Zimbabwe as they beat the hosts by seven wickets in Saturday’s fifth one-day international in Bulawayo.
Mishra’ figures of six for 48 saw Zimbabwe bowled out for just 163, and also took his wicket tally in the series to 18 – a new record for a five-match series.
As they had for much of a one-sided series, India made light work of the Zimbabwean target, knocking off the runs in 34 overs to record their first whitewash away from home in a five-match contest.
Although fast bowler Kyle Jarvis returned to the Zimbabwean line-up to claim two wickets in the first 11 overs of the Indian innings, Ajinkya Rahane made 50 after coming in for his first game of the tour and Ravindra Jadeja hit 48 not out to see India to another crushing win.
Rahane batted steadily in his 66-ball knock before he was bowled by part-timer Malcolm Waller, while Jadeja started slowly before opening up to hit two sixes in the second half of his innings.
Man of the series Mishra was the clear star of the show though, as he struck with his very first delivery and then ran through the Zimbabwean lower order with embarrassing ease.
Sean Williams was the only batsman to put up resistance for Zimbabwe, hitting 51 from 63 balls as he provided a partial recovery from 45 for four.
With the hosts once again struggling with the lateral movement on offer to the bowlers up front, seamers Mohit Sharma, Jaydev Unadkat and Shami Ahmed claimed a wicket apiece before left-arm spinner Jadeja forced Hamilton Masakadza to play on for 32.
Although Williams gained reward for some sensible batting through the middle overs, he continued to lose partners at regular intervals as Malcolm Waller pulled Mishra’s first ball to mid-on.
Mishra then trapped Elton Chigumbura lbw and had Tinotenda Mutombodzi caught at second slip in his sixth over, before getting rid of Williams in his seventh.
With Natsai Mushangwe bowled and Brian Vitori undone by Mishra’s googly, the legspinner had bettered Sri Lankan Ajantha Mendis’ record of 17 wickets in five matches at the 2008 Asia Cup.
India captain Virat Kohli believes that his young team will take plenty away from their 5-0 series sweep in Zimbabwe, despite the home side’s inability to provide any meaningful challenge.Advertisement

“There are a lot of positives we could take out of this series, especially the way the young guys performed,” he said. “The guys who got a chance for the first time showed a lot of character, especially bowlers like Mohit Sharma and Jaydev Unadkat.
“We didn’t want to take any game lightly and I didn’t want to change too much in the bowling department,” Kohli said.
“Mishra has been out for a while so we wanted to give him four or five games, and Parvez is going to South Africa now for the India A tour and he’s going to play a lot of games there and pick up more experience.”
The manner of Zimbabwe’s defeat was tough for new coach Andy Waller to swallow, but he remained confident that his players had benefitted from the experience.
“We’ve worked hard but we’ve still made mistakes that we don’t want to make,” he said.
“It’s not something we can turn around in two or three months – I’m not trying to make excuses, but it’s a long process.”