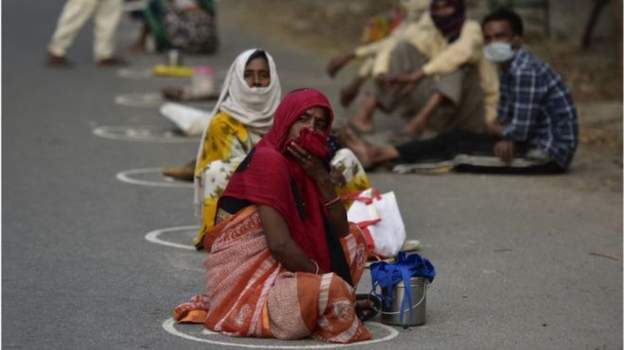 For the last three days India has added more than 20,000 daily infections per day
Spread This News

India has recorded more than 24,000 new cases of Covid-19 in the past 24 hours, taking its total above that of Russia.

The country now has the third-largest number of confirmed cases in the world, 697,413. There have been 19,693 deaths.

The latest surge in numbers has also been powered by a rise in cases from a handful of southern states, including Telangana, Tamil Nadu and Karnataka.

India reopened shopping centres, places of worship and offices a month ago.

For the last three days, India’s caseload has galloped at an alarming rate, adding more than 20,000 daily infections per day.

Although India has the third highest number of cases, it is eighth in fatalities, according to statistics from Johns Hopkins University.

India went into a stringent lockdown in March in an effort to curb the spread of the coronavirus, whose numbers were only in the hundreds then.

It began to ease out of it in phases in June to promote economic activity, even as cases continued to spike.