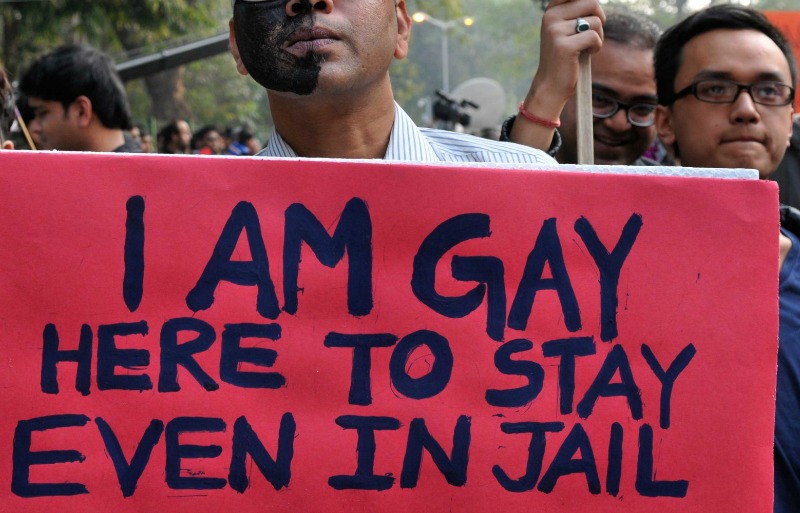 India’s Supreme Court has ruled that a colonial-era law criminalising homosexual sex is unconstitutional, in a landmark decision for the country’s LGBT community after a two-decade legal battle.

In an expansive verdict, a five-judge bench also unanimously affirmed that India’s LGBT community has fundamental rights to equality, dignity, self-expression and privacy, which cannot be restricted even if some conservative Indians disapprove.

Justice Indu Malhotra, in a concurring verdict said: “History owes an apology to the LGBT community and their families for the ignominy, ostracisation and discrimination against them.”

Outside court, LGBT activists were elated. “I’m illegal no more. I’m fringe no more. I’m in the darkness no more,” said Keshav Suri, the scion of a luxury hotel chain, and one of the clutch of gay activists who filed the legal challenge to Section 377.Celebrity chef Ritu Dalmia, another petitioner, said the verdict would boost young Indians struggling with their own sexual orientation or workplace discrimination.

“This has been the first step to a much bigger fight, which is fighting homophobia,” she said. “A lot more people are going to come out of the closet, and a lot more people will have the courage to face their own sexuality.”

The sweeping judgment reaffirms individual liberty at a time when majoritarian sentiments, often at odds with the constitution’s liberal principles, are given growing primacy in public policy. Prime Minister Narendra Modi’s government, which draws strong support from Hindu traditionalists, shied away from the fray, declining to take a position in the case, leaving it instead to “the court’s wisdom”.

Enacted by the British in 1860, Section 377 prohibited “carnal intercourse against the order of nature”, which was punishable by imprisonment.

Though few have been formally tried for violating Section 377 in recent decades, gay rights activists say its presence on the law books allowed authorities to use it to harass, intimidate and even jail LGBT people.

It also gave official sanction to the wider social discrimination and stigma that gays and lesbians confront. Justice Malhotra said Thursday’s verdict — which clarified that Section 377 cannot be held to include intimacy between consenting adults — will “unshackle [LGBT community members] from being un-apprehended felons”.

The legal battle against Section 377 began in 2001, when the Naz Foundation, a group working to stop HIV/Aids, argued the law was hindering their outreach efforts among gay men. In 2009, the Delhi High Court ruled that Section 377 could not be used to prosecute consenting adults, in a victory that prompted many then still largely hidden LGBT people to feel they could come of the closet.

The verdict comes a year after a nine-judge Supreme Court bench ruled that India’s constitution establishes a fundamental right to privacy, creating a zone of personal autonomy within which the state cannot intrude.

That ruling affirmed Indian citizens’ “right to be left alone” in matters such as faith, food and family, and is also clarified that “sexual orientation” is an essential attribute of privacy. Nonetheless, the formal reading down of the Section 377 is a milestone for the community.

“The court today as declared LGBT persons as equal citizens of the country,” said Saurabh Kirpal, one of the lawyers on the case. “It has undone historical injustices.”