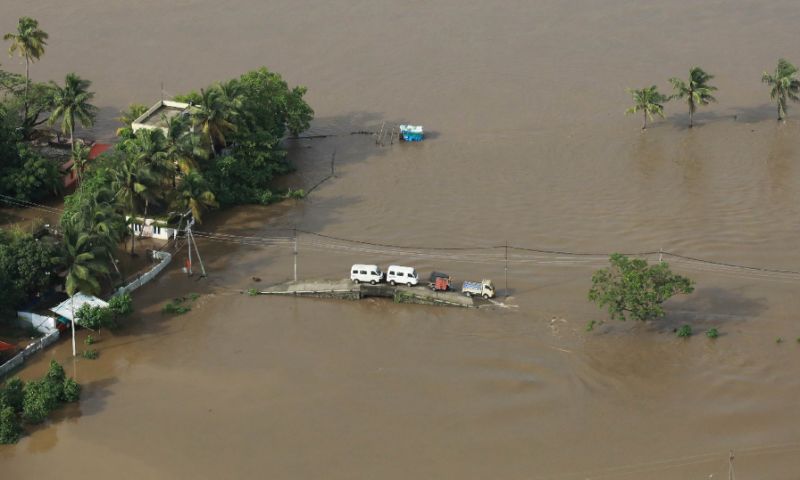 The death toll from a major cyclone that hit eastern India and Bangladesh in early May rose to 77 on Monday as anger grew over millions of people still without power and water.

Cyclone Fani, the first summer cyclone to hit India’s Bay of Bengal coast in 43 years, made landfall in Odisha state on May 3 packing winds up to 200km per hour.

The winds damaged half a million houses, uprooted hundreds of thousands of trees and knocked out power, telecommunications and water for millions of people in one of India’s poorest states.

The Indian death toll, which earlier stood at 41, shot up with fresh casualties reported from Puri and Khurda districts on Sunday. Thirteen people also perished in Bangladesh after Fani barrelled northwards.

The toll has gone up to 64 with maximum deaths (39) reported from Puri,” an official at the State Emergency Operation Centre told AFP.

India initially won praise, including from the United Nations, for moving some 1.2 million people to safety before the storm arrived, in what Odisha’s chief minister called the “biggest human evacuation in history”.

But this praise has turned to anger for many local people at what they see as the slow pace of reconstruction and apathy from the authorities.

“I have lost my thatched house in the cyclone. No one from the government has come to see my damaged house,” Shantilata Mishra, a resident in the Puri district, was quoted as saying by the Press Trust of India (PTI) news agency.

“I do not know when they will assess the damage and give me assistance to construct my house,” she said.
Angry survivors have even been taking to the streets to protest the slow pace of relief as well as high prices of essential food items and water.

On Sunday, demonstrators blocking roads in Odisha’s state capital Bhubaneswar said a lack of coordination among various government agencies was compounding their misery.

“There is a limit to our patience. We are being made to spend sleepless nights. We have to purchase drinking water at exorbitant prices,” a protester told PTI.

Another protester said the government had failed to provide “basic necessities such as water and power despite having promised to restore power supply by Sunday”.

Odisha’s Chief Minister Naveen Patnaik has said the assessment of damaged houses would begin on May 15 and promised financial help to affected families.

Senior officers will supervise the assessment process and “all efforts will be made to ensure that not a single beneficiary is left out”, his office tweeted on Sunday.

On Sunday a nine-member team from Delhi arrived to take stock of the damage.

Normally the storms hit around October and November and Fani was only the third cyclone to come off the Bay of Bengal in the summer months in 150 years.