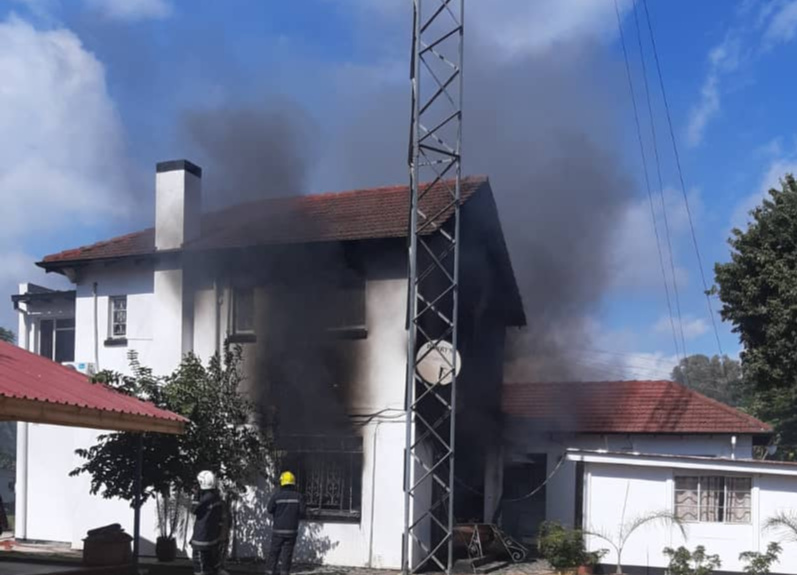 The fire was stopped before causing much damage
Spread This News

THE Indian embassy in Harare Monday caught fire with the ambassador to the Asian country later telling NewZimbabwe.com the situation was under control.

Visual images of the structure show black smoke billowing from the property.

But Indian ambassador to Zimbabwe, Rungsung Masakui said only a few papers were lost in a fire that broke out Monday morning.

According to Masakui, fire burnt part of the embassy’s accounts office before fire fighters rushed to put it out.

“It was not anything serious, we have managed to fight it and now have everything under control,” said the diplomat.

“One of our employees alerted us in the morning that a fire had broken out in the accounts office, fortunately the fire brigade arrived on time.

“We think it could have been an electrical fault, already there are plans to fix the problem.”

The fire is the second such incident in a week after a mall in downtown Harare was also gutted by an inferno after a suspected electrical fault.